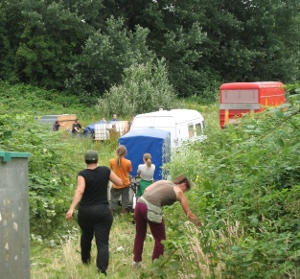 Between the 4th and the 11th of July our second Agriculture Action Camp took place in Den Bosch, in the south of the Netherlands. The motto of the camp was ”Taking food back into our own hands”. In total an estimated 200 people came for one or several days to the camp for a full programme with presentations, discussions and trainings. Apart from the participants the information market on the Saturday was also well visited by people from the neighbourhood. The camp finished off with an action at animal fodder factory De Heus. Both participants and organisers look back at a successful camp with feelings of content and a taste for more.

The action camp started on July 4th with the occupation of a vacant lot. This made the camp an action on access to land in itself. As such it fits within a larger agriculture action movement; in numerous places throughout Europe and the rest of the world farmers and youths occupy land to grow food for their community or region. ‘Reclaim the Fields!’ Big tents were set up and toilets and showers were built on the field. A mobile action kitchen and bakery arrived to provide the camp with tasty and sustainable food. Bikes and solar panels generated electricity for a beamer, lights and a bar.

The camp programme included many workshops about the food system and city gardening. Some people did some practical work on a garden on the occupied terrain. Several theoretical workshops were given, for instance on topics like the different perspectives on campaigns against shale gas and coal seam gas, European agricultural policies, land grabbing and slow science 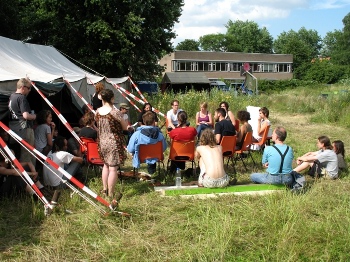 Furthermore a series of action trainings and meetings were held to prepare actions. This resulted in several actions on the Sunday and Monday, organised by groups of camp participants. 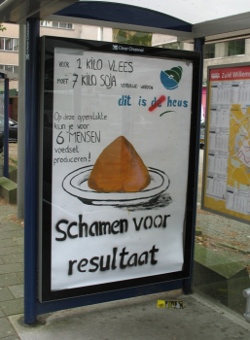 The Monday was reserved as the action day of the camp. The fodder factory De Heus in the centre of town was chosen as a target. This company uses big amounts of soy from South America as an ingredient for animal feed. Most of this soy is genetically modified and a lot of pesticides are used during the production. This is accompanied by violence against local populations, unhealthy living conditions, and deforestation of rain forest and savanna. De Heus is part of the irresponsible food chain from soy field to meat consumption. The activists wanted to block trucks from reaching the factory for a few hours and at the same time get the chance to publicly talk to someone from the board of directors about their policies and own responsibility. The police found out about the action in advance and was present at the factory early in the morning with riot police. Despite their presence however, the action was successful and the activists were able to block the gates and talk with the general manager. The night after the action a big protest banner saying ‘Soja? SoNEE!’ was hung on the facade of the factory. On the Sunday advertisements in the city were replaced with creative messages against the meet industry and the use of soy as animal feed. The participants of the camp as a whole were very diverse – from young to old, from experienced to people who participated in an action camp for the first time, from real farmers from the countryside to real city people with or without a garden – as well as everything in between. This was inspiring for everyone and created a good atmosphere. 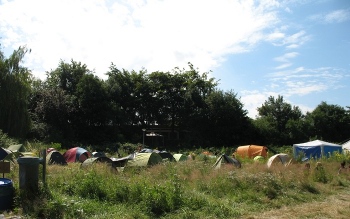 Quite some press was interested in the camp and the main action, especially from the local and regional media.

All people from the neighbourhood who passed by the camp reacted positively. On the Monday night a meeting took place with people from Den Bosch to discuss what could be done with the field in the future. Hopefully an additional result of the camp will be a new big city garden. 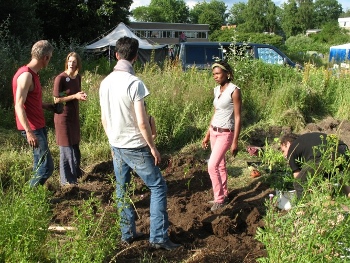 The agriculture action camp was an initiative of ASEED and the Stichting Transfarmers, but the organisers were also greatly assisted by other enthusiastic people; Friends of the Earth Flanders for instance helped with the mobilisation in Belgium. Many participants request another camp, which is definitely a possibility that we are considering. We will see who would like to help organising.

During the camp reports have been published on the Dutch Indymedia:

You can find a picture report of the camp here:

– impression of the camp

The orgininal call for the Action Camp.

The poster of this year’s camp: 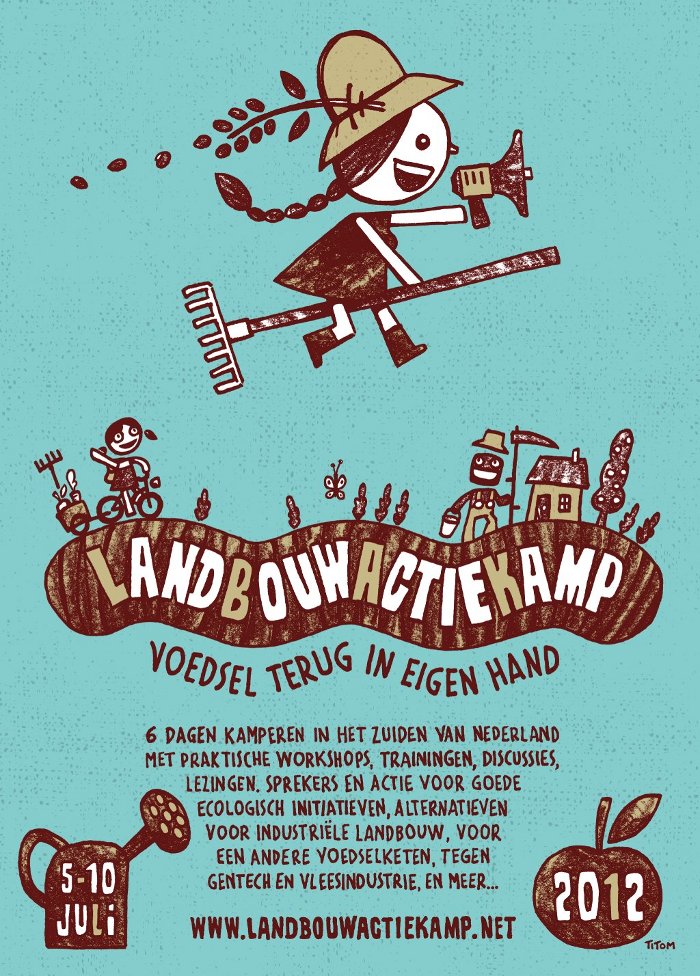