The LCOY, the Local Conference of Youth in Amsterdam

Last Saturday, ASEED was present at the LCOY, an inspiring three-day conference full of workshops, speakers and interactive sessions about climate change. Titles on the programme included “How to decarbonize our energy system”, “A Musical Climate Justice Movement – Shell Protest Composition” and “Climate Change resilience and mitigation through Agroforestry”. And, very special, the conference has been organised on a volunteer basis by a group of young people themselves.

During the workshop by ASEED (“Dismantle industrial agriculture for climate justice!“) it became apparent that sweet potato was the most popular vegetable among the people attending. But also that everyone was seriously concerned about climate change, and that there was a perception of a strong link between climate change and agriculture. After this, we engaged in a conversation about the connection between industrial agriculture, climate change and other problems, such as the dramatic reduction of biodiversity witnessed all around the planet.

Different alternatives were also brought forward, and we discussed about strategies for system change, as consumers, but also as critical and engaged citizens. Lastly, we looked at the Fossil Free Agriculture campaign and some examples of the activities by ASEED: on the local level in Amsterdam, support for the campaign Behoud Lutkemeer, at the national level the Food Autonomy Festival, and on the European level, cooperation within the Free the Soil campaign and the Climate Justice Action network.

For us it was a successful Saturday morning, and very good to see how the issues of agriculture and climate are alive among this group of young people, as well as how well informed they were already. Next year we will happily attend again! 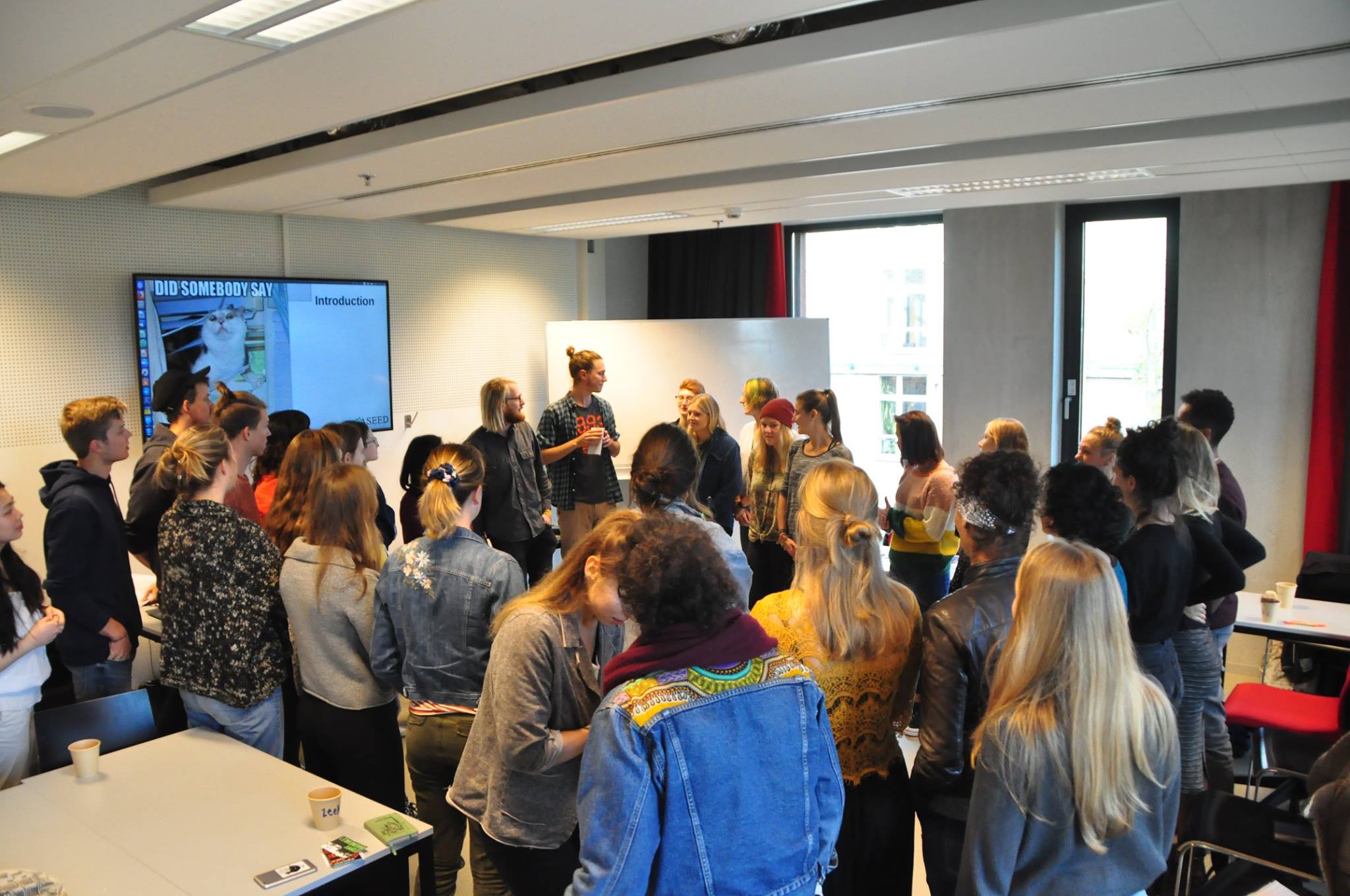 So what is a LCOY?

A Local Conference of Youth (LCOY) is an event of Youngo, the official youth-constituency to the United Nations Framework Convention on Climate Change (UNFCCC). It is a national version of the global COY, which takes place right before the Conference of Parties (COP), the annual UN Conference on Climate Change. As an official LCOY, the aim of LCOY Amsterdam is not only to educate people on climate issues but also to prepare youth to participate in the global COY. Participants will be provided with a setting to connect to the global COP, to learn about UN processes, and to share their own voices.

What is the aim of LCOY Amsterdam?

To be a conference for:

1. Mobilising youth and sharing the realisation that we have a voice.
2. Accelerating climate action.
3. Providing a bridge for youth to the UNFCCC and the COP in Poland.
4. Connecting with youth groups and LCOYs in other countries.