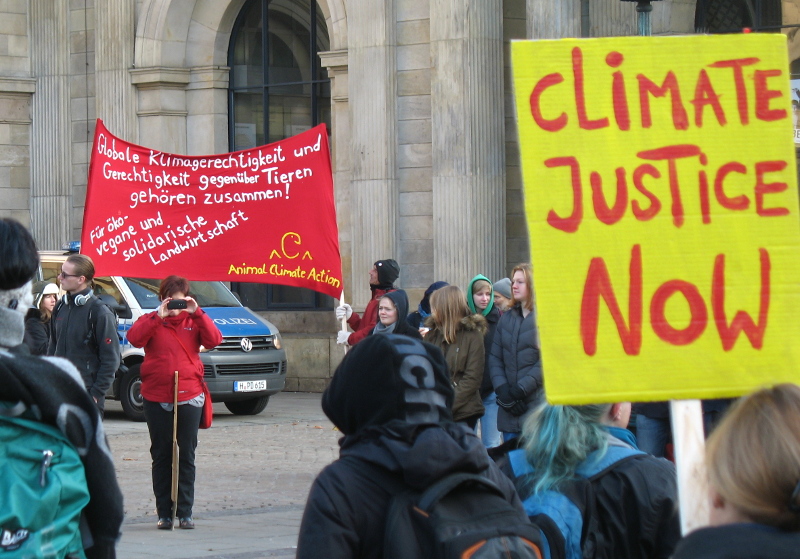 On the 12th of November a demonstration took place in the German town of Hannover. About 350 people demonstrated against EuroTier, a large business fair for the animal industry. With the slogan “Tierproduktion stopen! Klima retten!” (Stop the animal production! Save the climate!) it was as well a protest against livestock farming in general and its contribution to climate change. At the moment, the UN Climate summit is taking place in Marrakesh and during some of the speeches solidarity was shown with the actions that take place in Morocco during this summit.

Guided by many nice banners, several slogans and a small samba band the crowd was walking through the centre of Hannover. Also the ministries of agriculture and environment of Niedersachsen were paid a visit to demand that Hannover stops hosting EuroTier. The initiative for this demonstration was taken by Animal Climate Action, a new action network in Germany. 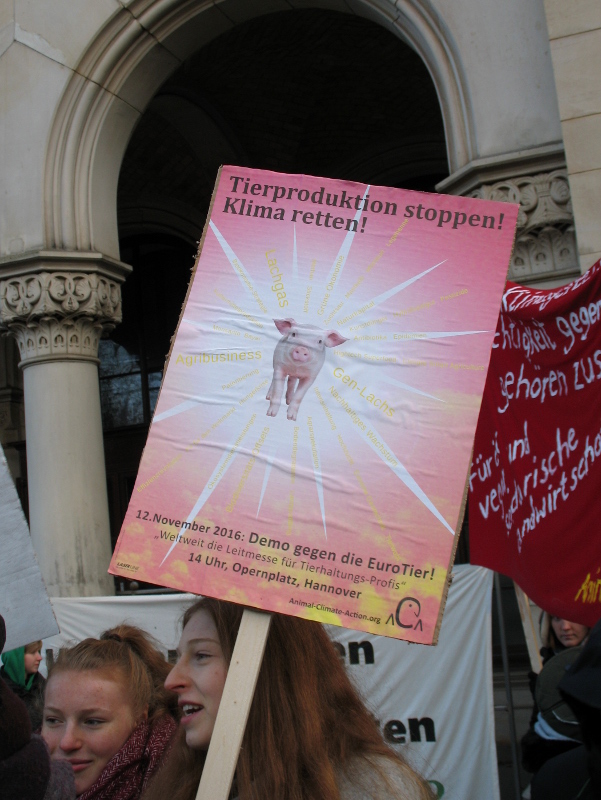 EuroTier is the, according to the organisation itself, largest and most important fair for livestock farming in the world. Companies present their newest products for the keeping of, breeding, transporting, slaughtering and processing of animals. At this fair with all those innovations the participating companies and most of the visitors are only interested in growth, reducing costs and increasing profits, not about scaling down and a transition towards a sustainable and just food production.

Further cooperation and future actions
Animal Climate Action and this first large action organised by them are an outcome of the movement against the use of fossil fuels and the Ende Gelände mobilisations. 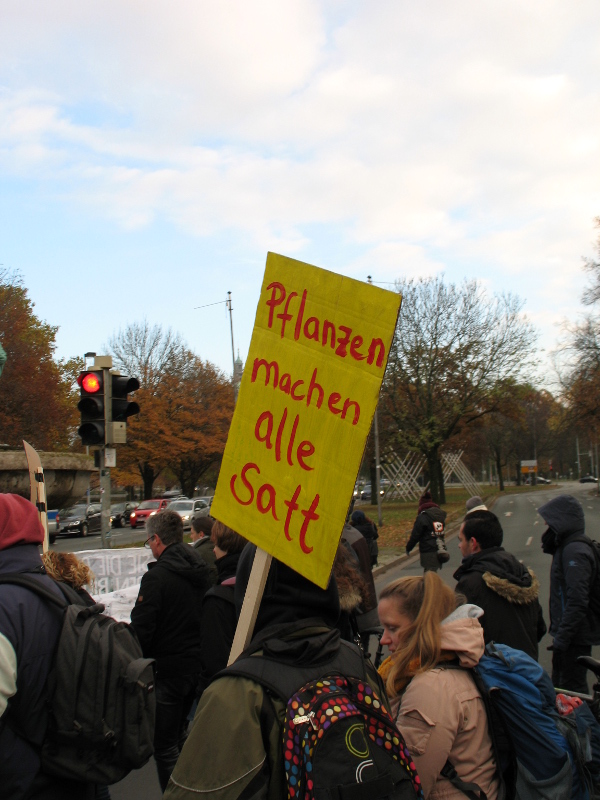 The animal rights activists present at those large anti-coal actions thought that it would be important to get more attention for the role of agriculture and in particular the animal industry. Livestock farming is responsible for about 20% of the green house gas emissions. Another form of agriculture and another diet could radically reduce this number or even make it negative.

To discuss how more people can be mobilised for this theme and what useful goals, targets and campaign forms could be, a network meeting took place after the demonstration. Also somebody from ASEED was present because those questions are also interesting to us. It didn’t get very concrete in the meeting yet, but at least some interesting ideas have been discussed and contact details have been exchanged. Will be continued … 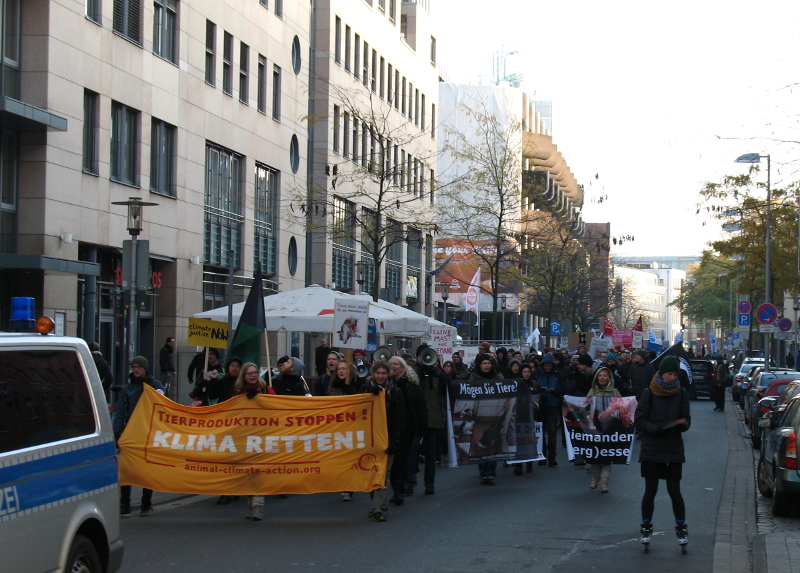 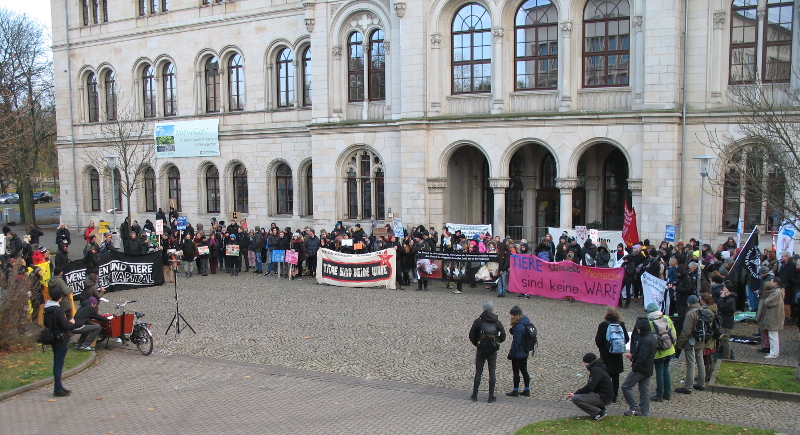 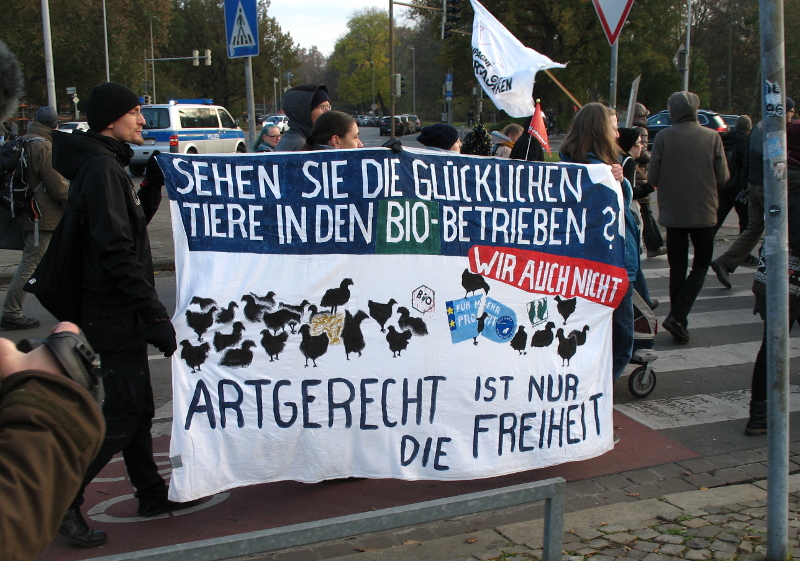