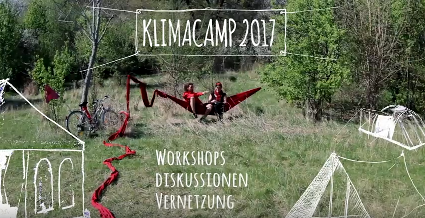 On Saturday June 24 there has been ‘Code Rood‘ in the Amsterdam Harbour. No Code Red because of the heat wave and fire dangers, but code red because the OBA (Bulk Terminal Amsterdam), the harbour company and the municipality of Amsterdam are still allowing that over 15% of the Dutch CO2 emissions are a result of Amsterdam coal which means that they are co-responsible for many climate victims and other misery caused by climate change.

Over 300 people entered the coal harbour from Amsterdam. Four large cranes and the marshalling yard have been occupied. This stopped all work activities for a day. At the end of the day the majority of the group left the terrain without problems. A few die-hards stayed to continue the occupation of a crane. Later that evening this group has been removed by the police and kept in custody for some days (updates about their situation you can find here).
In general this massive civil disobedience avtion against fossil fuels was a big success!

So this event is asking for a follow-up! And it is going to be a hot summer with a lot to do. Below you can find an (incomplete) overview of the organised action camps, bike tours, meetings, actions and other climate related events.

Climate Camps are the core of the climate movement in Europe. It are places where people gather to get to know people and to expand their network, to educate each other, the plan and prepare actions and campaigns and the practise with alternatives. During the camps there are trainings, discussions, workshops, music and other entertaining activities. In an action camp participants take everything in their own hands, from doing the dished to overthrowing the system. Many camps use the message of the red line: until here and no further – it’s up to us to mark the end of destruction!

Overview of action camps, bike tours and other climate and environmental events in 2017

Ecotopia Biketour is a self-organized environmental and social activist bicycle tour that has been cycling through different parts of Europe each summer since 1990. On our way we visit social and environmental projects and groups, to learn about their struggles and visions, to exchange knowledge, to create connections and to support them by participating in actions or doing some physical work. Ecotopia Biketour 2017 will start on Thu, June 29 in Strasbourg, France and end almost 3 months later in Catalunya.
Website: https://www.ecotopiabiketour.net/

July 2-12 (and afterwards) – Poland: Camp to save the Białowieża Forest

The people trying to save the last bit of old primeval forest in Europe are asking for international solidarity and actions, especially between July 2 and July 12 when the UNESCO meets in Cracow in Poland. But the camp and the local action seem to be more permanent.
There is the Camp for the Protection of the Forest in one of the forest villages. More information about the logging plans, the campaign to stop this and the possibilities to get involved you can find on http://save-bialowieza.net 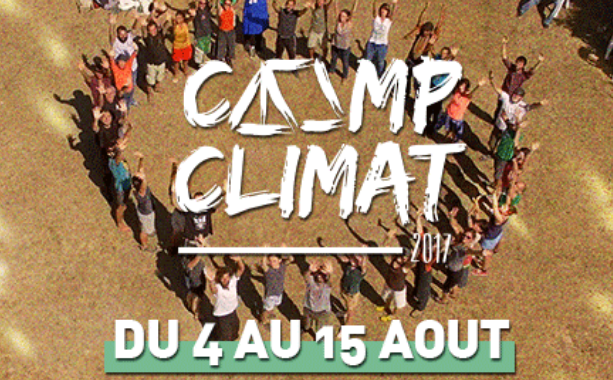 August 5-22 – Austria/Germany: Cycle for Change to the Climate Camp in Rhineland

We are planning to cycle from Vienna to the Climate Camp in Germany (close to Bonn: Klimacamp im Rheinland) in August. You join the tour or already help us now organizing it. More information can be found on the website of the project: https://cycleforchange.net/aktuelle-projekte/

A protest camp to protest an green area in Leuven against a new industrial area. The camp will feature workshops, action trainings, music, all in a DIY atmosphere.
Website: http://www.climaxi.be/node/985

Action camp against CIGEO, the deep disposal center for 80000m3 of highly radioactive wastes in Bure (in the North-East of France). While millions of people have been protesting against it for 30 years the building continues. Unless it will be stopped by actions….
Website http://www.burefestival.org

An autonomous zone against an airport project and its world. With discussions, trainings, lectures and possibilities to help with the practical work in this defended zone where the inhabitants show that another type of society is possible.
Website: http://zad.nadir.org/spip.php?article4632

For the third year in a row, the Degrowth Summer School will be held on the Climate Camp in the Rhineland. The Summer School will cover a wide range of topics: from practical skills to activist strategies and scientific debates. This year’s main topics are “Degrowth perspectives on the future of the Rhenish lignite region”, “Psychology of change” and “Skills for System Change”.
https://www.degrowth.info

Right on the edge of some of the nastiest coal mines in Europe, near Cologne, there will be another climate camp this year. Or even several camps. Who knows, there is so much going on. A mass action of civil disobedience (Ende Gelände) to block the mining infrastructure. A red line action around the Hambach Forest. And lots more!

At the camp there will be space for networking, education, arts and actions.. and trying out tomorrow’s society right now – social, ecological and based on grassroots democracy.
Website: http://www.klimacamp-im-rheinland.de

August 19-22 – From the UK via Rotterdam to Rhineland: Time to Cycle Biketour 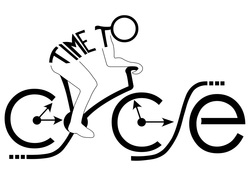 Riding to the climate camp in the Rhineland to take international action against climate injustice!
Website: http://www.timetocycle.org/cycle-ende-gelande-2017.html

Zucker im Tank (meaning sugar in the fuel tank) will support small group actions before and during the action days in the lignite mining areas of Rhineland from 24th to 29th of august 2017.
http://zuckerimtank.nirgendwo.info/

August 25-26 – Toulouse, France: Seminar on how to tackle aviation growth

The aim of this two day meeting is to strengthen campaigns against aviation in Europe.
https://www.esu2017.org/

A climate camp and action days for an entire different climate, under this motto Climate Games in Basel will be organised in Basel.
http://www.climategames.ch/

The conference is expected to attract thousands of participants including official delegates from governments, intergovernmental organisations, UN agencies, NGOs and civil society. With actions inside and outside the conference centre.

Before and during the official UN summit there will be many actions and side meetings organised in and around Bonn. An incomplete list:

November 3-7 – The People’s Climate Summit (PCS)
Organised by a broad range of movement- and civil society-organisations, the PCS is a classic ‘movement summit’, combining larger evening panels, a workshop programme and open spaces, in order to provide a convergence space for a variety of movements, and to strengthen the climate justice agenda in Bonn.

November 4 – Climate March I
The traditional major civil society manifestation will be held on the Saturday before the start of the summit, aiming to provide a family-friendly space open to all ages and abilities. The details are still being worked out, but the main thematic focus of the march will be on Germany’s serious lignite-addiction, and the enormous injustice this constitutes.

November 5 – Ende Gelände – civil disobedience against coal
On the Sunday before the summit, the Ende Gelände-campaign that successfully used peaceful mass civil disobedience to shut down huge lignite mines both in 2015 and 2016 will aim to repeat this success by blocking, for a day, one of the enormous lignite mines that are only a few kilometres away from the city of Bonn. Details, again, are still being worked out.

November 11 – Climate March II
A week into the summit, a coalition of mostly local, anticapitalist groups is organising a second march that aims to broaden the thematic offering from the opening weekend’s actions’ focus on coal to include other important issues in the fight for a socio-ecological transformation.