Andreas Riekeberg from the campaign for seed-sovereignty says: „It is an annoying judgment far from the reality. The court solely has reconfirmed the current EU legislation without taking into account the detailed critic by Advocate General Kokott, which pointed out the ongoing destruction of biodiversity on the fields and in the gardens driven by the respective directives. This is a slap in the face of those concerned with agricultural diversity. The judgment keeps going on promoting the seed industry and their uniform varieties which only grow with the help of chemical inputs, be it pesticides or fertilizers.“

Jürgen Holzapfel lives on the farm Ulenkrug in Mecklenburg-Vorpommern, Germany. He is a cultivator of old cereal varieties and saves his own seeds. He says: „I would have to tell the authorities about all the varieties of seeds which I save, even if I use them just for myself. To commercialize them, I would need to register them as conservation varieties, pay the fees and bear in mind not to exceed a certain quantity. I would even have to arrange with other farmers not to exceed the maximum threshold for a specific variety in a specific region. The court claims in the official press release to ensure the protection of plant genetic resources by this provision. This is just not true.“

The objectives of the campaign for seed-sovereignty are described by Anne Schweigler: „We will continue to struggle for the common right of all farmers and gardeners to decide for themselves which variety to cultivate. We will keep on organizing seed swaps and enhancing regional and international networks. The production of food and our alimentation have to be self-determined and must not be controlled by the agro-industry.“
The campaign for seed-sovereignty criticizes the policy of conserving the biodiversity stretched into a dwarfish frame by the EU directive. This in turn shall impede the emergence of a market of regional farm-saved seeds, e. g. for vegetables, cereals and seed oil as an alternative to the industrial market. Today, the European Court of Justice follows the legislative in its attempt to; „ … preventing the emergence of a parallel market for such seed, which was likely to constitute an impediment to the internal market for seed of vegetable varieties “. As written in the court’s press release. It could have interfered with the business of the market-dominating corporations.

The campaign for seed-sovereignty is in line with the majority of seed saving initiatives in Europe, saying that the conservation directive is an impediment to the sustainment of biodiversity, which is luckily hardly applicable in reality. However, seed savers can be subject to prosecution when their work is disturbing the corporations. 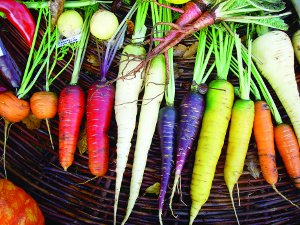 The legal dispute between the seed saving initiative Kokopelli and the corporation Graines Beaumaux challenged the validity of current EU law and was brought to the European Court of Justice.  The opinion of Advocate General Kokott on January 1st 2012 gave rise to hope that the restrictive EU directives could be dismissed.
Principally, only registered seeds may be traded within the EU. What was once meant to guarantee their quality, has evolved into a strong limitation of the diversity of seeds. Many old varieties have disappeared from the gardens and the shelves in the stores, either because they do not meet the catalog’s constraints or their registration cannot be afforded by small farmers or initiatives. 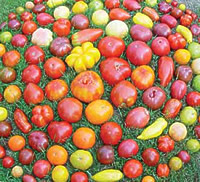 Within the last 30 years a tremendous concentration on the seed market has been observed. A few transnational corporations comprise 65% to 80% of the share, depending on the crop and the region of the world. This was crucial to the accelerated destruction of biodiversity. Not until recent years (2008 – 2010), has the EU adopted three directives on conservation varieties. However, the activity of seed saving farmers and gardeners is limited due to the admission procedure and the restrictions of produced quantity.

More information in German on:  www.saatgutkampagne.org