We are excited to announce that we are moving from the first bi-monthly theme Direct Action to the new theme, Gender and Agriculture, within the Fossil Free Agriculture Campaign.

The global food system is rigged – industrial agriculture dominates the way people in the global North get fed. What few know is that the majority of the world’s population is sustained by small-scale farms, and these farms are dominantly driven by women; they are the people who feed the world.*

Again and again we see that women and BIPOC** individuals are leading the fight for environmental justice directly linked to the global food system. At the same time women, trans people and BIPOC folks have reduced access to land and food.

Through this theme ASEED wants to investigate and discover how gender inequalities affect the global food system, what we can learn from eco-feminism  and how agriculture can be an active form of resistance. We want to give space to the voices that are rarely listened to and discuss how inter-sectional feminism can help us dismantle fossil based industrial agriculture. What can we learn from gender justice and the anti-racist movements when it comes to food sovereignty?

During the next two months we will draw on the lessons from the theme of direct action, because womxn are the frontrunners in the fight for environmental justice. 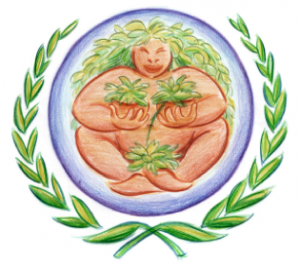 **Black Indiginous and People of Colour