[Nu alleen beschikbaar in het Engels] On Wednesday May 16th, we took this picture in front of the Vrankrijk, to give expression to our sadness and anger in the face of the continued violent oppression of the Palestinian people by the Israeli state. The occupation must end, the blockade of Gaza has to be lifted, refugees have the right to return. PALESTINE WILL BE FREE – Solidarity from Amsterdam! 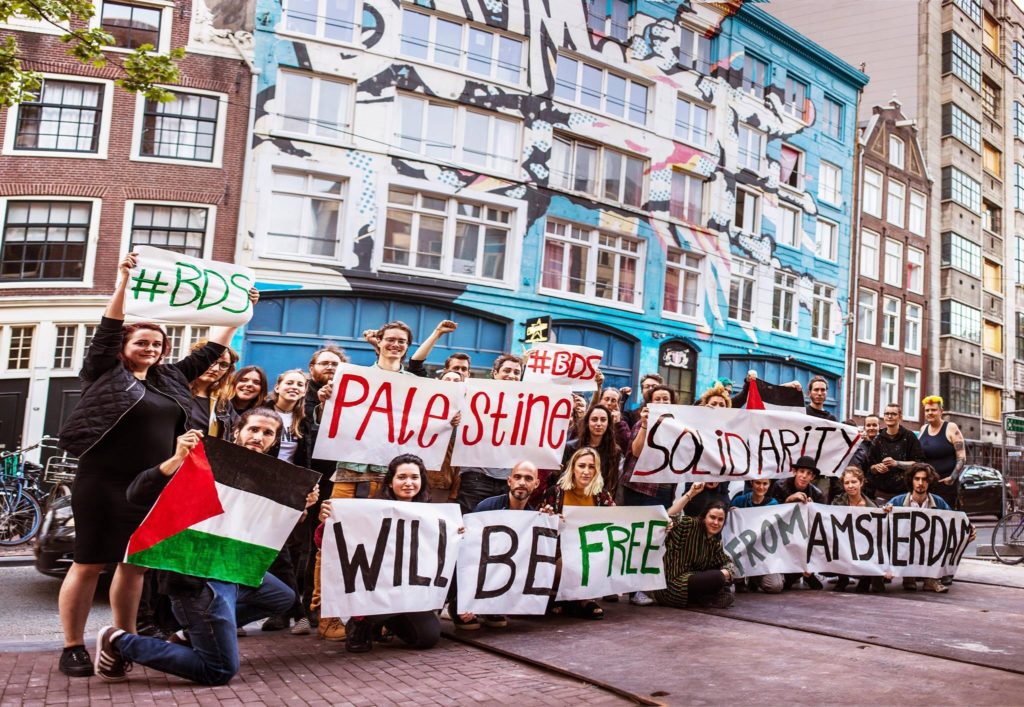 To finish this message, we would like to share this powerful poem from Palestinian American political activist Suheir Hammad, also featured in the documentary “Fourth World War”.

Occupation means you live out your live under military rule, and the constant threat of death, a quick death from a snipers bullet or a rocket attack from an M16.

A crushing, suffocating death, a slow bleeding death in an ambulance stopped for hours at a checkpoint. A dark death, at a torture table in an Israeli prison: just a random arbitrary death.

A cold calculated death: from a curable disease. A thousand small deaths while you watch your family dying around you.

Occupation means that every day you die, and the world watches in silence. As if your death was nothing, as if you were a stone falling in the earth, water falling over water.

And if you face all of this death and indifference and keep your humanity, and your love and your dignity and YOU refuse to surrender to their terror, then you know something of the courage that is Palestine.”