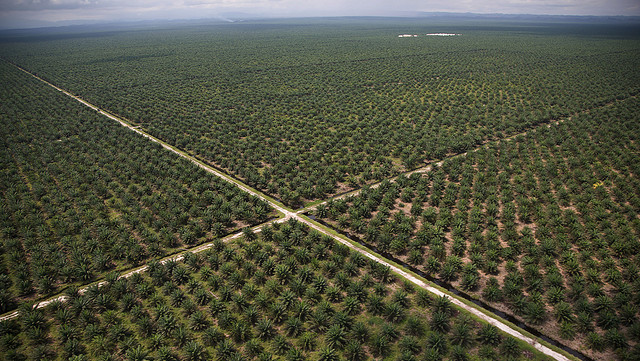 The Dutch government directs tens of millions of development euros to the controversial Round tables for palm oil, soy, cotton, sugar, meat etc. Critics – including farmers’ organisations and NGOs from the areas in question, but also international networks such as La Via Campesina, Global Forest Coalition, Friends of the Earth, and Greenpeace, and in the Netherlands ASEED and Gifsoja – bring doubt to the use of this and instead speak of greenwashing. [:]

This criticism is now getting support from scientific research, which has used the Round table on Sustainable Palm Oil as an example. Had they used the Round table on Sustainable Soy instead their conclusions had probably been even more devastating, but also with palm oil the results are clear. It is high time that the Netherlands starts investing this type of development money in agroecological projects instead, and in support to the communities that have been hit hard in countries where palm oil, sugar, cotton and soy is produced in poisonous (often genetically engineered) monocultures.

An excerpt from the study, which was published in the November edition of Ecological Economics (2014) by Dr. Denis Ruysschaert and Dr. Denis Salles, pp. 438-446:

“Global voluntary agreements in agriculture have emerged as pragmatic means to tackle rainforest destruction, conserve biodiversity, and ultimately contribute to climate change mitigation/ adaptation. This study questions how really effective they are by analysing one of them, the Round table on Sustainable Palm Oil (RSPO).

In summary, the study found five shortcomings: financial compensation too small, too much room for interpretation in the guidance document, postponement on contentious issues, non-integration of RSPO within the socio-politico-legal Indonesian context and finally the lack of effective external control system.

As these shortcomings complement each other, the effectiveness of the scheme is dramatically reduced for rainforest conservation, and almost zero for species such as Sumatran orangutan that needs large forested areas. Rainforest conservation will require oil palm sector reform. This would include reincorporating the state into the scheme and changing the approach supporting local development in a sound socio-ecological regional planning. Covering a period of seven years, the study analyses the RSPO’s work in the context of the acute conflict resulting from Sumatran orangutan habitat conversion to oil palm plantations.”