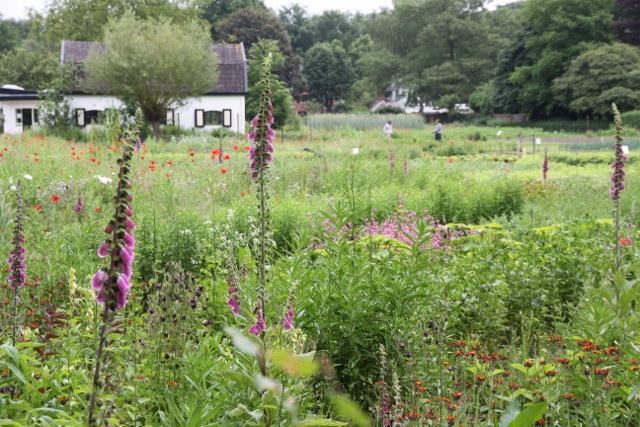 In 2015 the fourth Reclaim the Seeds weekend will be organised! This time it will take place in Driebergen, just east of Utrecht, where the event is welcomed at the Kraaybeekerhof estate.

On Saturday the 28th of February there will be a big seed market and a programme with workshops, lectures and discussions, while Sunday March 1st will be focused on community gardens and other local initiatives.

Three years ago we started organising the Reclaim the Seeds weekends as a protest against the European Seed Legislation. The proposed legislation strengthens the position of big companies in agriculture and is a threat to the diversity of fruits and vegetables. The European parliament voted against the proposal under pressure from international campaigns. However, the prognosis is that the European Commission will come with a similar proposal again in 2015.

Another threat to biodiversity and farmers are patents on crops. The number of patent applications has risen alarmingly and patents also seem to be granted more easily. Enough reasons to continue with Reclaim the Seeds. And Reclaim the Seeds is of course also a good place to find interesting and rare varieties to sow in your garden, and to meet other people with a passion for seeds.

At this moment we have a small core organisational group with some people from Driebergen and some from ASEED. This team could use some more people! If you would like to help out send an email to info@reclaimtheseeds.nl. Also during the weekend we could use your help.

More information about the programme will be posted on this website. To already get in the right spirit for the next Reclaim the Seeds you can have a look at the reports and pictures from the 2014 edition.

One of our goals is to encourage more exchange between the Netherlands and its neighbouring countries. In several countries interesting initiatives to preserve the heritage of regional and other crops have developed. The current climate in Europe around seed laws leads to an almost imperative need to keep strong connections across borders and to continue to exchange seeds. And naturally we hope the event will encourage gardeners from this area to store and share their seeds in the future. The previous events attracted hundreds of people to the seed fair, workshops and discussions.

The main part of the debates and workshops will be held in Dutch, but parts of the programme may also be in English. We will try to arrange translation so that everyone can participate in the programme as much as possible.

We hope that you will join us this March, whether as stall-holders or just as visitors. We would really appreciate it if you could help us spread this announcement, by sending it on to your networks.

Why Reclaim the Seeds?

The production and distribution of healthy, resilient agricultural seeds is under pressure. Regulations make it increasingly difficult for small business owners and individuals to grow seeds for sale or exchange. At this time, the EU seed market legislation is under revision. At the same time, the production and sale of seeds is increasingly controlled by large international companies such as Monsanto. These developments mean that choices about food and agriculture are confined to a small number of companies and organisations. The big seed companies offer only a small number of varieties, varieties that are suitable for large-scale, mechanised agriculture and the food processing industry. And this at the expense of the resilience and diversity of agriculture and our food supply. Smaller producers and individuals are losing more and more control over their food.

In reaction to this, increasing numbers of small-scale food projects are appearing in neighbourhoods and villages, and seed producers who work with organic, non-genetically engineered seeds and old varieties are busy creating new networks.

Reclaim the Seeds wants to offer an alternative to the negative developments by creating positive initiatives and organising this weekend. The project is set up on a yearly basis by ASEED and a changing group of local organisations and volunteers.