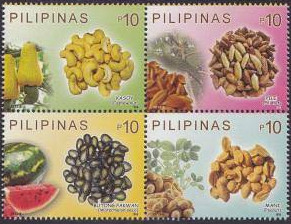 Here is SEEDmail #30, ASEEDs last newsletter of 2013! To credit our name it contains information about a seed weekend, maize seeds and the EU seed policy. And an Action report of a demonstration against the pesticide industry. Have fun reading it and we wish you happy holidays and such. If you would like to donate some of your money, ASEED could use some, and it is tax deductible!

Contents
1. Loud protest at pesticide congress Cropworld Global – for an agriculture without Monsanto, Bayer and other poison makers
2. Call for the Reclaim the Seeds weekend in Groningen/Haren
3. Ongoing protest against the EU seedlaw with the Declaration of Vienna and pressure on the European Parliament
4. Cultivation permit of Amflora retracted – what now with the 1507 maize?
5. Call for the Conference on Food Sovereignty February 21 and 22 in Wageningen
6. We could use your financial support, donate now and you can still deduct this money from your 2013 taxes!
Next SEEDmail will be in January with an explanation about our campaign plans for the coming time, that are in the making now.

1. Loud protest at the pesticide congress Cropworld Global – for an agriculture without Monsanto, Bayer and other poison makers

Wednesday October 30 200 people demonstrated at the RAI Amsterdam against the chemical industry who was present at the Cropworld Global. This is the yearly meeting of the big producers of pesticides. These companies are partially responsible for the poisoning of man and nature. And they also contribute to the disappearance of the honey bee. Well know names are Monsanto, Bayer, Syngenta, BASF and DOW, this explains the title March Against MonsantoS.

On the square in front of the RAI the program started with some speeches with information about the conference and some background information about the companies that were represented there. At half past four the participants made a protest march around the conference rooms. At the front the Amsterdam action samba band was playing and at another part the Bucket Boyz played on a cart.

Even though we did not reach many bystanders during this round the message did get inside. People from the inside said that the bands and the shouting could be clearly heard inside and that some parts of the programme had stopped because of this. This action in itself will not be enough to stop these companies, but at least it was a start. We will continue marching against Monsanto and friends and we will work towards a sustainable food production.

Read more https://aseed.net/nl/march-against-monsantos/  (in Dutch though, but with pictures)

The Reclaim the Seeds Weekend of 2014 will be taking place on Saturday 8th and Sunday 9th of March 2014 in Groningen, the north-east of the Netherlands. This is the third edition, following on from previous events in Amsterdam and Den Bosch. The seed fair offers a wide range of interested parties the opportunity to exchange seeds and knowledge about seeds, sustainable agriculture and the current threats to seed diversity. Next to that there will be a debate, a visit to local urban agriculture projects and there will be tasty food!
The main part of the debates and workshops will be held in Dutch, but there may also be parts of the program in English. We will try to arrange translation so that everyone can participate in the program as much as possible.

Programme Saturday 8th March: seed fair, film and debate
Saturday 8th of March will be a Market from which individuals, organisations and farmers from the Netherlands and abroad can swap, give, buy and sell seeds. Going on simultaneously will be a workshop program. There will e practical workshops focussing on the self-cultivation of seeds and workshops that focus on international developments in the field of seeds and biodiversity. The seed fair and workshop programme will take place in Hortus Haren, a large botanical garden solely managed and maintained by volunteers.

Sunday 9th March: getting to know local projects
The Sunday will focus on getting your hands dirty with practical projects. There will be a bike tour through Groningen, to see what visit local initiatives such as neighbourhood gardens and allotments, and to see what they are doing. Where possible, riders can roll up their sleeves and give a helping hand preparing the gardens for the new season.

Practical Information
Like the sound of it? Take part in the seed weekend as a stall holder, volunteer or just as a visitor.

Location of the seed fair Saturday: Hortus Haren (botanical garden), Kerklaan 34, Haren. Start time seed fair and rest of the programme: 11:00
Location of the evening program Saturday, and start-place of events of Sunday: Oude RKZ, Emmastraat 15, Groningen. Food on between 17:30 and 19:00, debate starts at 19:30.
Start programme sunday morning at 10:00.

For those attending from outside Groningen, there are a limited number of sleeping places available through our organisation. If you need a sleeping place, please contact us in time. If you are planning to come and you want to have translation, please inform us about this, so we get an estimation what we have to organise.

The entrance fee to the fair on Saturday is 3 euro (normally the entrance to the Hortus is €7.50).

3. Ongoing protest against the EU Seed Law with the Declaration of Vienna and pressure on the European Parliament

On November 23 and 24 there was an international meeting in Vienna about the proposals for an EU seed law. Representatives of civil society from eleven European countries discussed what the implications of the new law would be for farmers, (hobby)gardeners, collectors, urban agriculture projects and other initiatives, and individuals who are busy with sustainable agriculture and the conservation of agricultural diversity. The meeting resulted amongst other things in a joint declaration the ‘Declaration of Vienna’ in which the alarm bells are sounded and in which there is a call for action to conserve biodiversity. The declaration has been signed by more than 40 organisations from all over Europe.

Petitions against the proposal have been signed by hundreds of thousands of Europeans. As result of the meeting in Vienna the involved organisations are working on a joined multilingual website that can inform a broader public about news and action plans from several European countries.

Read the Declaration here https://aseed.net/en/declaration-of-vienna-on-seed-sovereingthy/. Our campaign plans for 2014 will be presented on our website soon.

4. Cultivation permit of Amflora retracted – what now with the 1507 maize?

On December 13 the European Court of Justice has destroyed the permit for the cultivation of the Amflora GM potato of BASF. The Court declared that the European Commission has not abided the rules during the authorisation procedure.

Greenpeace and the European Greens are happy but also say that this has broader consequences. They are calling for the Commission to also not permit the cultivation of the 1507 Pioneer corn, because the same procedural mistakes are made in this case.

Continue reading on http://gentech.nl/alle_berichten/europa/vergunning_amflora_gentechaardappel_ingetrokken_wat_nu_met_de_1507_mais (in Dutch though)

Friday 21 and Saturday 22 February 2014, Wageningen
Towards fair and sustainable food and agriculture systems

More and more farmers, consumers, scientists and civil society organisations are working towards sustainable and fair ways of producing food. They are forging new relationships between farmers and consumers. They offer creative, dynamic and diverse alternatives to large-scale, anonymous and industrialised food production and the increasing influence of transnational corporations.

Do you want to learn, experience, think along and discuss new and feasible food and agriculture systems with others? Would you like to build bridges and help to achieve a more sustainable and fair food and agriculture system? Do you want to get to know sustainable (young) farmers? Become inspired by innovative examples from the Netherlands, Flanders and abroad? Then come to our two day conference in Wageningen on 21 and 22 February 2014!

Costs: € 50 for two days (€ 25 for students and low incomes), coffee and tea and excursions included. (Lunch and dinner can be bought on site. If you register now (no payment obligations yet) you will receive a notification by the end of January when the programme is definite. Registration at www.aardeboerconsument/conferentie2014.

6. We could use your financial support, donate now and you can still deduct this money from your 2013 taxes!

ASEED has been dealing with dwindling finance for a few years now. We have plans for 2014, another Reclaim the Seeds weekend, and many more actions around seeds, the new seed law, patents and the power of big companies. To organise these activities, and pay for the less exciting things like an office and be a legal person we need money. Hence this call.