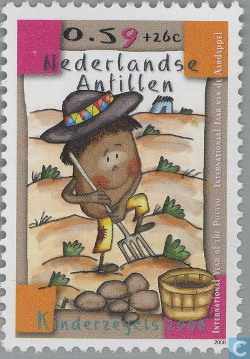 It is a busy time at ASEED. There are preparations for the Food Otherwise Conference in Wageningen and of course for the Reclaim the Seedsweekend.  Both events promise to be interesting with a full programme and special speakers.  With a bit of luck we will meet your there too.[:]

contents:
NL House of Representatives against Genetically Manipulated corn!
The EU seed law , voted out or not quite?
Stop the European patent on paprika

Reclaim the Seeds III, a weekend full of seeds – 8-9 March in Haren and Groningen
Activists from Colombia come to Reclaim the Seeds to share their experiences
Debate: “The Living Seed Bank”

Thursday 6 February was a memorable day. For the first time in history the Dutch Parliament spoke out against the introduction of Genetically Manipulated Crops!  It concerns the1507-Corn from Pioneer. This American company has, bymeans of a law suit,  forced the European Commitee to make a decision about it’s admission before 17 February.  Members of the European Council register a majority against this motion. This majority will become larger now the Dutch Government has been forced by the Chamber to vote against it too. But strange things are happening in Brussels and the race is not over yet. It remains necessary that as many people as possible confirm their wish for an agriculture free of GM crops and big businesses.

More about this procedure against GM 1507-corn crop (in Dutch):
https://aseed.net/nl/help-te-voorkomen-dat-er-gentech-mais-van-pioneer-op-het-veld-komt/ ( You can still sign the petition)

The EU seed law , voted out or not quite?
As you know as a SEEDmail-reader, we have been critically following the review of the EU Seed Laws.  (For those who haven’t followed it, see the article: Declaration of Vienna on Seed Sovereingthy
https://aseed.net/en/declaration-of-vienna-on-seed-sovereingthy/

Exciting times. There is now a proposal from the European Commission. Hundreds of amendments have been submitted  as a result of the many campaigns and commotion.  The European Parliament and Commission have been shocked by this.  It is now the question whether this proposal will actually be discussed in Parliament, and if so, if this will happen in the present Parliament or only after the European elections in April.
The Environmental Committee of the European Parliament unanimously voted to recall the proposal for modifications at the end of January. The Agricultural Committee also has to vote on this proposal on 11 February. There is a big chance that they too will throw it out.  Thereafter it is still possible that the European Parliament  vote on it,  possibly after the European Elections in May, or that it is completely withdrawn, and they start anew.   It seems that it is important to let this subject play a role during the Election Campaigns.

Stop the European patent on paprika
On 3 February Bionext,  together with LTO (Dutch Federation of Agriculture and Horticulture) , and  32 other organisaties from 27 European countries submitted an objection to the patent request by Syngenta on red bell peppers to the European Patent Office (EPO).  ASEED is not involved in this action itself, but naturally we support it whole heartedly!  We find it particularly encouraging that the LTO, a large mainstream agricultural organisation, is also participating.
The coalition demands  that the patent be withdrawn.  The ‘invention’ of Syngenta specifically concerns a property of a plant  – resistance against white flies – that occurs in nature, naturally.   It is the first time in  the history of the EPO that such a broadly carried objection has been submitted.  To emphasize their objection to the patent , the emloyees of the European Patent Office were offered hot pepper soup by the international coalition.
[this article only exists in Dutch so far] https://aseed.net/nl/stop-het-europese-octrooi-op-paprika/

The Food Otherwise Conference – 21-22 February in Wageningen
More and more farmers, consumers, scientists and civil society organisations are working towards a contemporary, sustainable and fair way of producing food. They are shaping new relationships between farmer and consumer.  They offer creative, dynamic and diverse alternatives for large-scale, anonymous and industrialised food production and the increasing influence of transnational corporations.
Two years after the European conference on Food sovereignty it is now time for a meeting focused on The Netherlands.   The organisation has provided an impressive program with more than 40 workshops, diverse ‘mini-readings’ and oen air debates with speakers such as Vandana Shiva and Olivier de Schutter (UN reporter for the right to food).  If you want to know more about,  or what to do with food sovereignty , Agro-ecology and the opposition to the large agricultural -multinationals , make sure you are in Wageningen on 21 and 22 February.

Of course ASEED is also joining in. We are involved in three workshops:

Seed freedom and the EU seed legislation (This workshop will be given in English)
The right to use our own grown seeds is a fundamental right.
A new proposal from the European Commission has encountered a lot of opposition
Met Vandana Shiva and Elly Janssen
Time: Saturday 22 February, 10:30 – 11:45

Food collectives (This workshop will be given in Dutch)
Shortened food chains: how does it work in practice?
Experiences of a number of CSAs (Community Supported Agriculture)/food collectives in the Netherlands and Belgium: learning from each others’ mistakes/achievements.
Judith Vos (Voedselkollektief Amersfoort), Meike Vierstra (ASEED/voko Groningen), Patrick de Ceuster (food teams and CSAs in Flanders).
When: Saturday February 22nd, 10.30-11.45

More information over the workshops can be found ASEED website
https://aseed.net/en/food-otherwise-conference/
More about the conference and the whole programme is to be found on   http://www.voedselanders.nl/en/voedselanders_en/Start.html

Reclaim the Seeds III, a weekend full of seeds  – 8-9 March in Haren and Groningen
Following the very sucessful previous editions in Amsterdam (2012) and Den Bosch (2013) it’s now the turn of Groningen, as many iniatives exist in the North of Holland that are busy with the multiplication and exchange of seeds, and a regional network is in the making.  An ideal location has been found in the Hortus Haren, the largest botanical garden of The Netherlands, with the opportunity to support and promote this volunteer organisation which has 17 hectare gardens and buildings to maintain.

The core of this weekend is the seed market on Saturday where free seeds can be exchanged, given away, or sold for a reasonable price, with more than twenty participating organisations and a  large number of individuals.  The workshop program runs parallel to this, where you can learn to graft or store seeds yourself, and also receive a detailed update over European regulations.

Activists from Colombia share their experience at  Reclaim the Seeds
Special guests at Reclaim the Seeds are three Colombians from the farmers organisation Red de Guardianes de Semillasde Vida (network of guardians of the seeds of life), they come to tell of their protest against the destruction of rice that is meant as a seed harvest.  A free trade agreement with the US had forbidden the storage and re-use of  their own grown seeds. Read more over the situation in Colombia in the article ‘Resistance in Colombia against new Seed Laws’   https://aseed.net/en/nederlands-verzet-in-colombia-tegen-nieuwe-zadenwetgeving/

Debate: “The Living Seed Bank”
As part of the Seed weekend  Reclaim the Seeds there is an open air debate in the Old RKZ in Groningen on Saturday night, 8 March.
The conservation of living diversity, the multiplication and development of sustainable crops, as was traditionally done by farmers, is now for the larger part in the hands of private persons or non-profit initiatives.  How can we strengthen their function and actually ensure that these initiatives form a counterweight against the multinationals who dominate the market?
On the basis of a series of successful national and inter-national projects, a panel of four experts will debate with each other over what is desirable and what is achievable in The Netherlands.
More over the debate and panel members can be found on: http://www.reclaimtheseeds.nl/index.php/programma/38-debat-de-levende-genenbank

New people, fresh energy
Our office in Amsterdam has a change of guard.  Three new guys from Italy, Sweden and France have arrived to be with ASEED for a year.  They take the place of the two ‘ESV-ers’ from last year.  Further the new function of coordinator (taken by a known person),will try to keep it all together  and will start shortly.  The finances will also be done soon by someone new. So a lot of new people with fresh energy and a bunch of new plans for the coming months and year!

Making plans for the coming months and years (TTIP – Transatlantic Trade and Investment Partnership)
We are busy making plans for the second half of this year and the coming years.  It looks as if we will in any case continue with seed issues. Attention is still necessary for the EU Seed Legislation and we expect an escalation in discussion over patents and crops.
The EU and the US have started  negotiations over a free trade agreement (TTIP).  For this it is an important requirement from the US that the EU permits GM crops and becomes more flexible with patents in agriculture. Unfortunately meaning more work at hand for our seed campaign for seed diversity and independant, sustainable agriculture in Europa.  Ambitious, but we see this as a good direction for ASEED.

Donations and funds
In order to carry out all these plans we are also looking for income.  So if you can miss a bit and like to support ASEED, become a Donator!  (see https://aseed.net/en/donate/ )
Tips over good funds who are interested in ASEED’s goals and work are always very welcome.