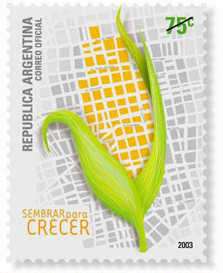 Hi! Here is another irregular ASEED newsletter, including a summary of what has been going on with our campaigns lately as well as what our future plans are. And, as it is summer, we also include an overview of bike tours and camps that you can join. Lastly, we are looking for people who want to do a European Voluntary Service at ASEED! Have a great summer! The ASEED team

Contents:
Stop TTIP campaign
Seeds
GMO news
Upcoming summer camps and bike tours
Looking for new seedlings
Looking for donors
[:]
Stop TTIP campaign
The past few months ASEED has been busy developing plans for our Stop TTIP campaign. The Transatlantic Trade and Investment Partnership, or TTIP, is a bilateral treaty between the EU and the US that is negotiated in secret. Some negotiating documents have however been leaked and their contents are worrying, despite controversial claims of the economic growth and “job creating opportunities” that this agreement supposedly might lead to. The negotiations focus on limiting ‘non-tariff barriers’ to trade, which translates into lowering environmental and health standards as well as diminishing worker conditions on both sides of the Atlantic. The corporate lobby naturally supports these developments. For more reasons to why we oppose the TTIP, see https://aseed.net/en/why-we-should-stop-the-ttip/. We have already started our campaign against the TTIP by organising info-nights in The Hague and at the Pinksterlanddagen, and we have participated in an action against the TTIP in The Hague. Read more about it here: https://aseed.net/nl/actions-in-den-haag-against-ttip/. If you also know of an event where we could spread more information about this dangerous free-trade agreement, just let us know! We are looking for more people to be engaged in the TTIP campaign! You can help out in many ways; for instance by being part of the research team, by making designs for nice stickers or by participating in actions. On Thursday the 31st of July a DIY evening will take place in the Vrankrijk in Amsterdam where we will tell you more about our TTIP campaign, and where we also want to get some practical things done. For more information on this evening follow this link: https://aseed.net/en/ttip-diy-action-evening-in-the-vrankrijk/.

Seeds
After the successful Reclaim the Seeds weekend in Haren with more than a thousand visitors at the seed fair, we have been busy following the developments around the new EU seed legislation. In May we approached different political parties to ask them about their views on this new law and on the TTIP, here is a summary of their answers: https://aseed.net/en/dutch-candidates-about-seed-law-and-ttip/. The new legislation was rejected and sent back to the Commission. It might take some time before a new draft is ready, keep an eye on our website for updates regarding this.

Seed portraits
Sonia is interviewing people who have a thing for seeds, follow this link to read her Seed People Portraits: https://aseed.net/en/topic/seeds-2/seeds-portraits/. If you know someone (or are someone) who might be an interesting interviewee, please contact Sonia.

ProSpecieRara NL has kicked-off
ProSpecieRaraNL was officially launched during the Ekotown festival that took place on June 21st & 22nd. ProSpecieRara originates in Switzerland, where the organisation has steadily grown in size since its founding in 1982. Since 2011 there is also a ProSpecieRara Germany. According to their website, ProSpecieRaraNL aims to work for the preservation of biodiversity, cultural varieties and domestic animals. They want to accomplish this by involving as many people as possible in seed cultivation and the preservation of regional and historical varieties. They do this because they do not want to leave the management of our cultural heritage in the hands of a few multinationals. For more information, see the website www.prospecierara.nl

GMOs
March against Monsanto
On May 24th another global day of action against Monsanto took place. In the Netherlands several Marches Against Monsanto were organised, and ASEED took part in three of them. The Dutch marches took place in Groningen, Zwolle, Amsterdam, the Hague and Bergschenhoek. Here you find an overview of the marches worldwide: http://revolution-news.com/global-march-monsanto-live-coverage/.

FLM court case
On June 2nd the appeal on the court case against the eleven people accused after the peaceful potato exchange in 2011 was to take place. The news that 54 people who had done a similar action in France were absolved made the court postpone the case. See this link for news on the matter (in Dutch or French): http://www.fieldliberation.org/2014/06/03/beroep-aardappelactivisten-verdaagd-tot-28-oktober-noteer-de-datum/).

New legislation
The EU has voted on the Pioneer 1507, resulting in 19 member states against its approval and 5 in favour (4 countries abstained amongst them Germany who has a big weight in the voting). Even the Netherlands voted against approval for cultivation of this GM corn. There was however no qualified majority against its approval. This means that the decision is up to the Commission, which will likely approve it anyway. When this will happen is not yet known. There is a lot brewing at the European level and the new regulations for approving GM crops have been discussed for a long time now. The main points of discussion are the conditions under which EU member states are allowed to ban GM crops from their soils even when they are approved by the EU. Greece has suggested a compromise that is brought forward as necessary to find common ground between the Union’s proponents and opponents of GM crops and cultivation. It however seems as though the influence of big business has been fairly successful in watering down the conditions under which a ban is allowed. If a member state wants to ban a crop, it must first ask the European Commission to ask the company that wants to market a GM crop if it wants to take the specific country off the list of cultivation. If the company does not want to do that, the member state can still ban the crop under certain conditions, but only on grounds that are not contrary to the risk analysis made by the EFSA, and it can only concern certain areas, such as allocation plans. It will not be possible to block GMOs due to health or environmental reasons. Read more about this here: http://corporateeurope.org/food-and-agriculture/2014/05/biotech-lobbys-fingerprints-over-new-eu-proposal-allow-national-gmo.

Re-publication of the Seralini study
The report and the raw data of the long-term rat feeding study with herbicide-tolerant NK603 maize and the associated Roundup herbicide have been republished (http://www.sciencedirect.com/science/article/pii/S0278691513008090). This is a follow-up study of the Monsanto study that was submitted in order to get a safety declaration for commercial approval. The Monsanto study, which was accepted by the EFSA, only lasted for 90 days, which is a fraction of the lifespan of rats. The Seralini study extended the period to a full life span in order to study chronic long term effects. Read more about it here: http://www.ensser.org/fileadmin/user_upload/PR_Re-publication_S%C3%A9ralini_ENSSER_140624_lv.pdf

Action camps and bike tours in 2014
Also this summer it will be possible again to cycle and camp for a good cause. Often this is a more interesting way to spend your time than going to the beach or a commercial music festival, isn’t it? See here for the overview: https://aseed.net/en/action-camps-and-biketours-in-2014/

Looking for new seedlings!
Do you have affinity with the work of ASEED, some experience with activism, grass roots organising or campaigning on agriculture and food? We are looking for two persons joining the ASEED team in 2015 for a period of one year, as EVS-ers (European Voluntary Service). If you are not older than thirty, not of Dutch nationality, speak English fluently, and would like to join us, then maybe this is something for you. Read more about it here: https://aseed.net/nl/we-are-looking-for-a-new-seedling-evs-position/.

Looking for donors
We are always looking for ways to fund our campaigns and activities. By becoming a donor of ASEED you can help us keep up our work. You can make a donation to the account of A SEED Europe: NL47 TRIO 0254 7289 52; SWIFT or BIC: TRIONL2U Amsterdam.A If you wish you can also write in the description field if you have a preference for the purpose of your donation, if you would like it to be used for a certain campaign or topic. Regular donations for a longer period are also very much appreciated.