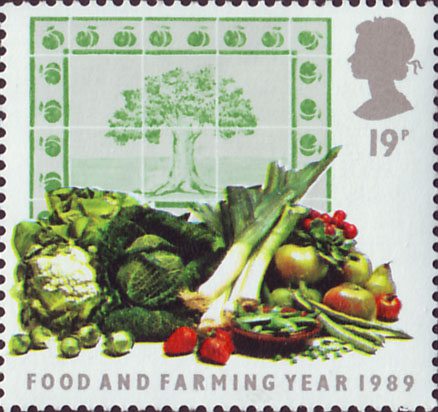 November 4, 2015 – Once again we welcome you to read our periodical newsletter SEEDmail, full to the brim with exciting news concerning ASEED’s activities and future plans.

It’s all hands on deck at the moment in preparation for the upcoming climate negotiations in Paris at the end of the year. December 2015 will gather hundreds of governments at the 21st UN Climate Summit. Their goal? To come up with a magical global agreement that will deliver the ultimate solution to the climate crisis. Our goal at ASEED is to make sure that the root causes of climate change are tackled in support of sustainable agricultural processes. The coming months mark an important time for climate activists across the world. We want to join them and take action to make sure that our voices are heard. 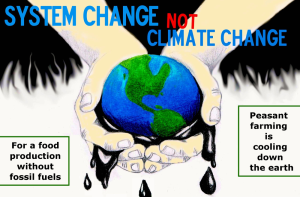 At the Climate Summit in Paris this December we want to spread the message about an “Anti-Climate Greenwash Guerrilla” adopted by corporations presenting themselves as more climate friendly than they are in reality. This message will be spread at business fairs, inside the conference and at other spots in Paris where corporations are presenting themselves more climate friendly than they are in reality.
ASEED is focusing on the link between climate change and agriculture, but we are supporting all activities trying to deal with the root of the problems and support climate justice.

We can no longer trust short-sighted solutions to climate change, influenced by private parties that try to keep alive an economic and political system in decay, at the expense of the climate. We demand that serious action is taken, and if politicians do not do it, we will do it ourselves. Join us in Paris to make this happen!

4 November: Taste before you Waste dinner

In collaboration with Amsterdam’s Food Waste Initiative Taste Before You Waste, this Wednesday we bring you something very special! We will be hosting a guilt-free vegan dinner made from wasted food that has been saved from local grocery stores and is always delicious, fresh and safe. The theme of this event is the upcoming Climate Summit (COP21) and we will be giving a talk about our planned actions and vision for Paris this December.
Join us this Wednesday from 6:00 – 8:00 at the Community Kitchen Meevaart (Balistraat 48 Amsterdam, Netherlands).
You pay as you feel. However, kindly keep in mind that the donations you give for these meals are the only income that is received to cover all of TBYW costs.

Only a week before the COP21 starts! Are you ready?
A full day of workshops will give you the last minute preparations that you need to make your actions more meaningful and effective.
Register by sending an email to: actiontrainingscop21@riseup.net

For a full list of events taking place in Paris during the Climate Summit see our website.

Seeds you want to save and multiply. The same counts for Reclaim the Seeds. After some months searching and trying it suddenly worked out: beginning 2016 there will be two Reclaim the Seeds fairs. One on Saturday February 13 in Wageningen in the Netherlands and one on Saturday February 27 in Lier in Flanders. While checking several options there were suddenly two, and although this was not our plan, we think this is a good outcome. It will be ASEED and VoedselAnders organising the event in Wageningen and Velt België is organising the fair in Lier. Both teams have good contact with each other and we will be working together for the publicity and workshop programme.

More information will appear on http://reclaimtheseeds.nl

What has been happening lately 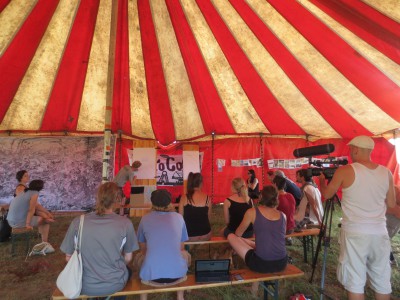 The Ground Control camp was a busy week of convergence, alternatives sharing and resistance. Despite an epic move from a field in the harbour of Amsterdam to the ADM community close-by, the camp managed to attract more than 300 people and organisations from many different countries: the Netherlands, Germany, France, the UK, Greece, Denmark, Switzerland and Spain. Participants attended two workshops on topics ranging from industrial agriculture to fracking, climbing and sustainable activism. Indeed, the first few days of the programme were dedicated to action preparation, while the second part was more about sharing successful alternatives. Tasks included building eco-toilets, facilitating the meetings, creating shade structures, discussing with the authorities, or communicating with the Medias. A mini-swimming pool was even built by a motivated group, who could then observe bioluminescent organisms in there at night! Many affinity groups were formed and will participate in the Climate Games. Ground Control thanks everyone for making this camp a great landmark in the summer, and getting people even more motivated to take part in future actions and gatherings.
More reports and pictures on https://www.groundcontrolcamp.net/en/ and
https://aseed.net/en/ground-control-action-camp-report/ 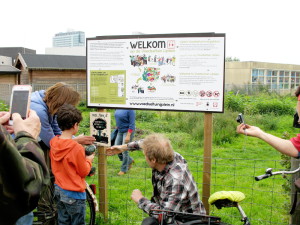 At the Food Garden IJplein in Amsterdam Noord, signs with the message “This garden is free from GMOs, patents and pesticides” have been unveiled next to the two entrances. This was the launch of this new tool which amateur and professional gardeners can use to show passers-by that they are working in an environmental friendly way and to make a statement against large corporations that promote the use of genetically modified crops, patented seeds and pesticides.

During the unveiling of our signs various speakers addressed an audience of keen growers, explaining why non-toxic, patent-free and GMO-free gardening is the way forward. The talks were followed by a tour of the beautiful garden and the day was concluded with a selection of organic snacks and drinks for all attendees.

It is still possible to purchase a sign for your own garden, on the condition that it is made visible for passers-by. The signs are handmade and cost €10.25 (including postage and short reader) whilst stocks last. We are also continuing to collect pictures of our signs in gardens, to illustrate how widespread resistance to the dirty practices of large seed and pesticide corporations is. More info: https://aseed.net/en/garden-sign-gm-free-patent-free-and-poison-free-presented-in-voedseltuin-ijplein/

Amsterdam’s ADM calls itself one of the last cultural havens in the city. The organically grown village in the Western Harbour is home to more than 130 people who have lived and worked there for 18 years. The free-haven has recently been facing external pressures and residents have been forced to fight for their survival. The annual ADM festival is a celebration of this cultural achievement, and includes theatre, artistic installations, exhibitions, music, DJs, VJs, food, information and a children’s program. In line with ASEED’s continuing focus on The Transatlantic Trade and Investment Partnership (TTIP), we were present at the ADM festival selling ‘TTIP Tea’ and ‘COP21 Coffee’ as well as delicious selection of our homemade vegan cakes. We hope that our presence at ADM sparked thought as to the dangers of a potential TTIP agreement. 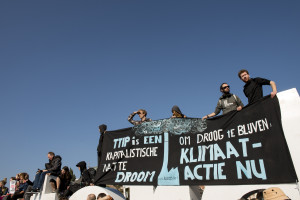 Meanwhile, on the 10th of October, various actions and public demonstrations took place against TTIP in cities across Europe. In Amsterdam about 7000 people joined a demonstration through the city centre. ASEED joined with the message “TTIP is a capitalist wet dream – to stay dry we need climate action now!” As part of the demonstration ASEED dropped a banner above the I AMSTERDAM sign, marking our serious disagreement with the potential trade agreement.
https://aseed.net/en/raise-alarm-against-ttip/

Grain, a research organisation specialised in agriculture, has published a critical text on so-called ‘Climate Smart Agriculture’. Although this concept is presented as a way to feed more people and to deal with climate change, it is mainly used by the producers of artificial fertilisers and other major companies in the food sector as a way of continuing with current energy-intensive production methods. The Dutch government and the agricultural university of Wageningen support the climate-smart farming, and it fits in well with the promotion of the Dutch High-tech agriculture. The current promotion of climate smart agriculture is a clear example of the attempts of the business world, in the run-up to the UN Climate Summit in Paris at the end of this year, to greenwash the general public into thinking that they are adopting effective climate-crisis farming solutions.

Peasant Agriculture Cools Down The Earth

La Via Campesina and GRAIN also produced a comprehensive video that gives you the information you need to understand how the agro industrial food system is impacting our climate, and at the same time what we can do to change course and start cooling the planet.
Read and watch more in the Food & Climate section of the GRAIN website.

New movie: From Seed to Seed

From Seed to Seed is a pedagogical film intended for all those who wish to learn how to produce their own vegetable seeds. With the help of magnificent images and short animated drawings it shows, step by step, the production of seeds of 32 kinds of vegetables. In addition, eight theoretical or practical “ABCs” explain the general bases of seed production. You will understand the cycle of each vegetable from seed to seed, the biology of their flowers and the phenomenon of pollination. You will be able to follow in detail the gestures and techniques used for harvesting, extracting, sorting and storing seeds. Multiplying your own seeds is an infinite source of sharing, pleasure and satisfaction. It is also the first step towards food autonomy and a contribution towards the preservation of cultivated biodiversity.
Continue reading on https://aseed.net/en/new-movie-from-seed-to-seed/

What does a truly sustainable food and agriculture system look like? And how can we achieve that? How do we work together as a movement in the Netherlands? These questions are answered largely in the Voedsel Anders Manifesto (Food Otherwise). The different points of view are based on the results of the first Voedsel Anders conference in February 2014. It also supports the International Forum Declaration on Agro-ecology of social movements from February 2015. The manifesto is now endorsed by many organizations from the Netherlands and Flanders, including ASEED.
You can read the full manifesto here: https://aseed.net/voedsel-anders-manifest/

We would like to say thank you once again to our donors that have helped keep the organization running. At the moment we get 2.500 Euros annually from regular donors. So far in 2015 independent donations have totalled 4.500 Euros. Thanks to you, ASEED has been able to carry out a number of successful actions that we hope have given voice to some very important issues. However we are still in desperate need of future funds. 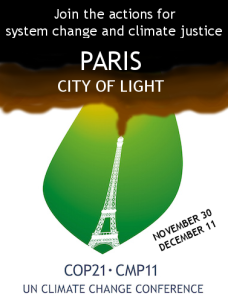 In particular we prefer regular donors over single donations because they make our financial position more secure and help us focus on our actual campaign work. If you think that ASEEDS pioneering work towards issues such as TTIP and the Climate Crisis should continue then please sign up as a donor today. More info on https://aseed.net/donate.

If you would prefer to make a single donation to a concrete action, you might find it interesting to make a financial contribution to ASEED’s anti-corporate greenwash activities during the Climate Summit in Paris. We need about 500 Euros for stickers, banners, costumes etc.

You can also opt for supporting our action on the ‘Peasant Agriculture and Food Sovereignty Day’, led by La via Campesina on 9th December. They call for decentralized action related to climate change and we plan to do our part…..
Make a donation: https://aseed.net/en/one-time-donation.