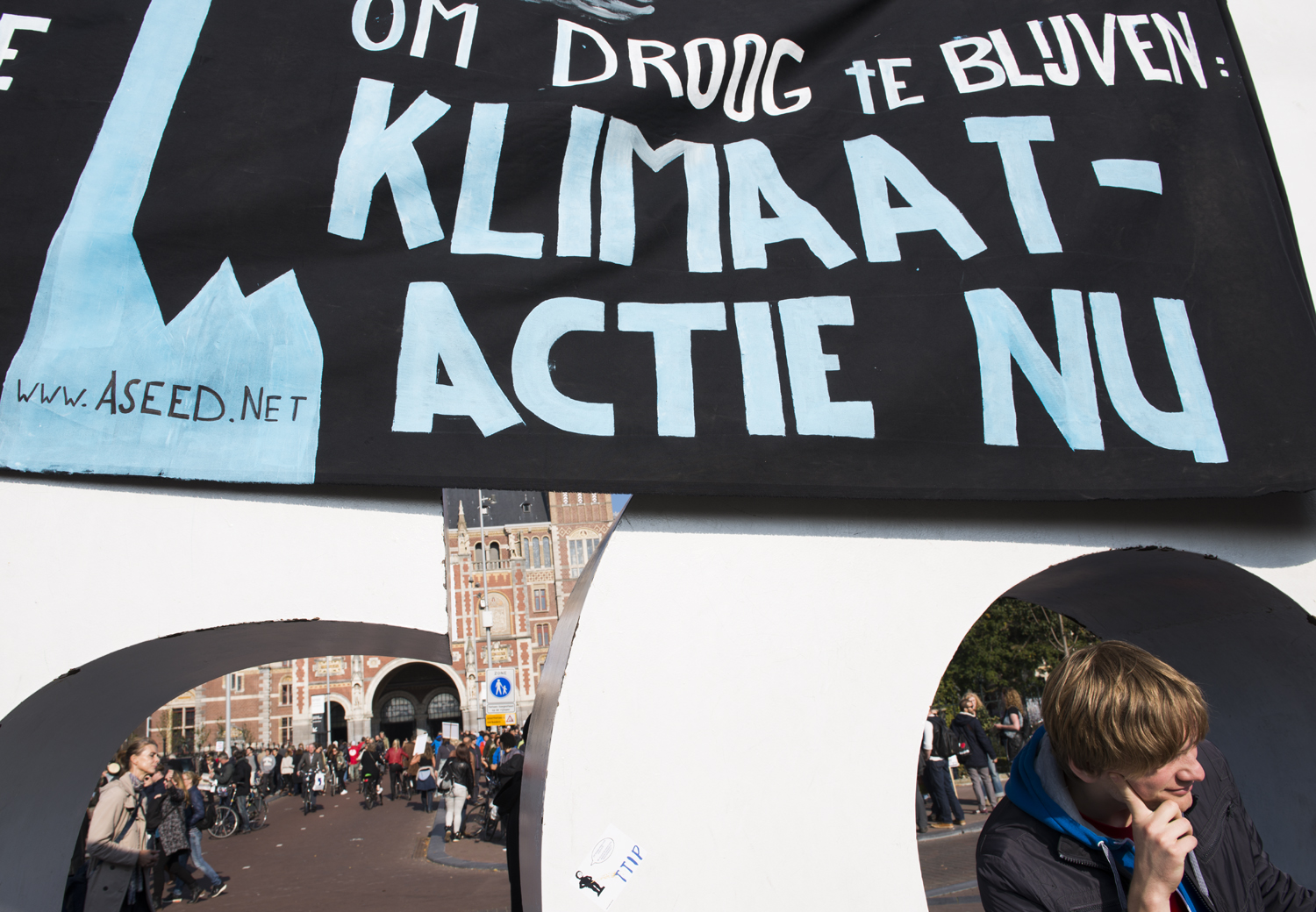 On Saturday the 10th of October 10th, various actions took place against TTIP (Transatlantic Trade and Investment Partnership) in many European cities. In Amsterdam about 7000 people joined a demonstration true the city centre. ASEED joined with the message “TTIP is a capitalist wet dream – to stay dry we need climate action now!” On this page we explain in short why, in our opinion, the negotiations for TTIP should be stopped.

TTIP is meant to smoothen EU – US trade relations, and increase of their mutual economic investments.

During the past year, the resistance against this treaty has been increasing. Here are some of the main points of criticism:

ASEED shares these concerns too. However, our main objection to TTIP is more fundamental! 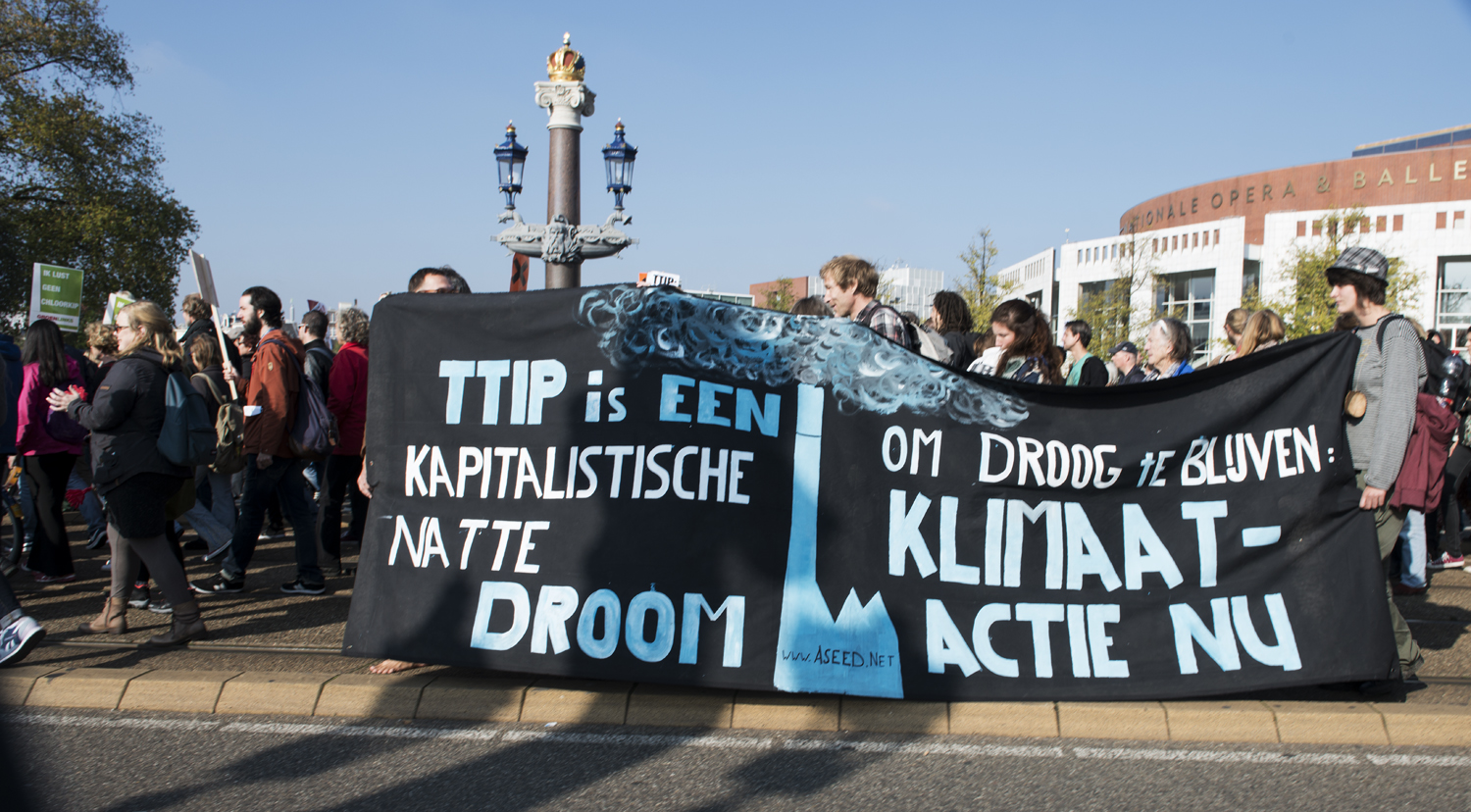 Even if all the charming promises and economic predictions of the negotiators, corporate lobbyist and politicians supporting TTIP were correct, ASEED will still be against this treaty. In our opinion, the underlying ideology and goals are simply wrong.
The current international system of production and trade is already responsible for many economic, social and environmental problems. causing a lot of problems and this should not be increased.
For instance, economic growth in the EU and the US is responsible for a lot of extra environmental pollution, but there is something that the markets seem not to realize: you cannot grow indefinitely in a finite planet.
The pressure on the natural resources and the climate is already too big. It are mainly the people at the bottom of the society, both in the Global South and in Western countries, who first suffer the consequences of those developments. This addiction to growth has to stop, immediately!

It is important first to look at which developments really improve the situation of people and societies, in a sustainable way. A radical change of the production and consumption are necessary if we want that the earth can still provide the basic needs of it’s population in 25 or 50 years.

For this reason the negotiations for TTIP should stop. Focus on climate, environmental protection and social struggles. We need a change of the economic system to be able to do something against climate change, exploitation and poverty.

In the text ‘Why TTIP must be stopped‘ from 2014 you can find a more extended criticism on the current process and expected outcomes of this TTIP treaty. 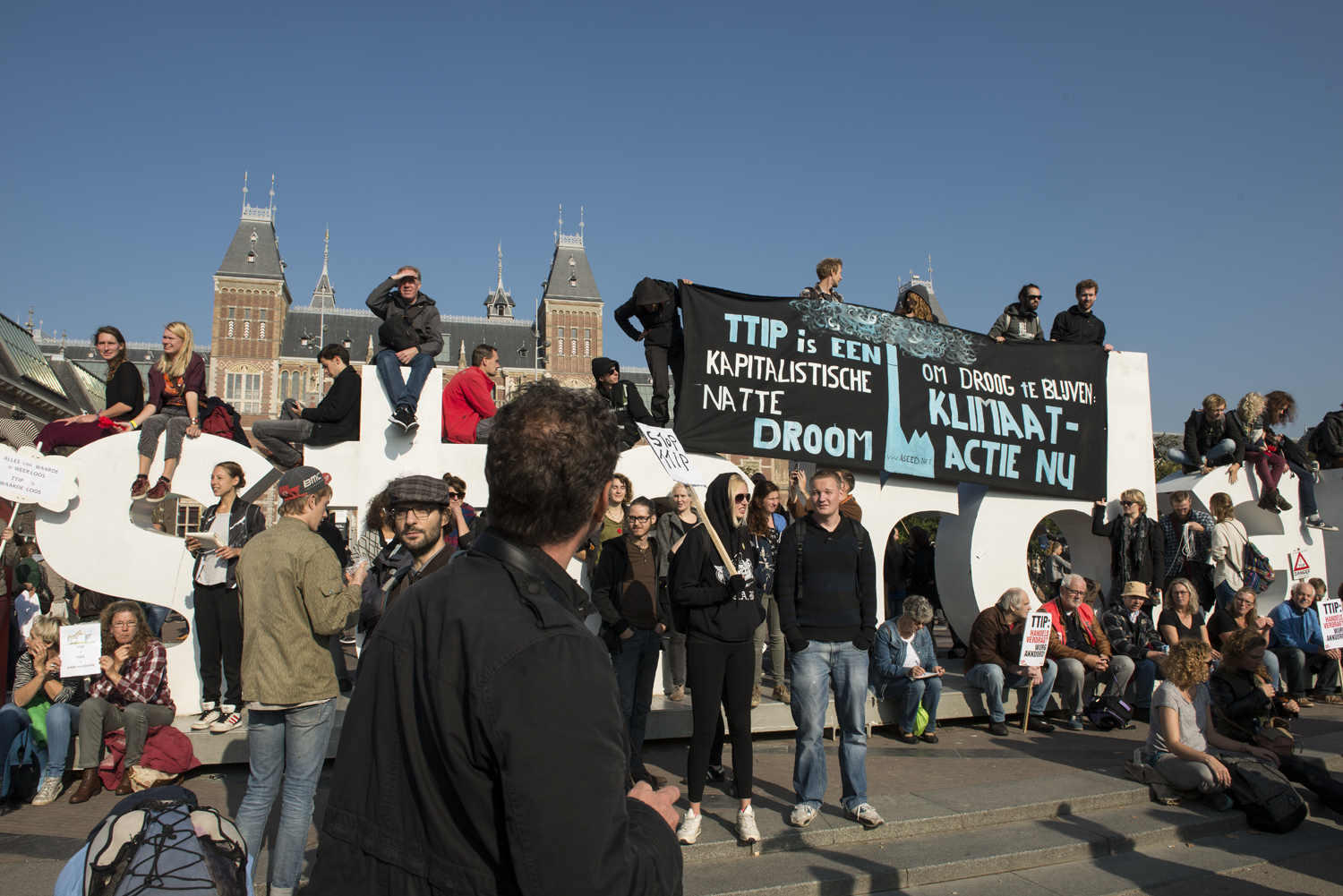 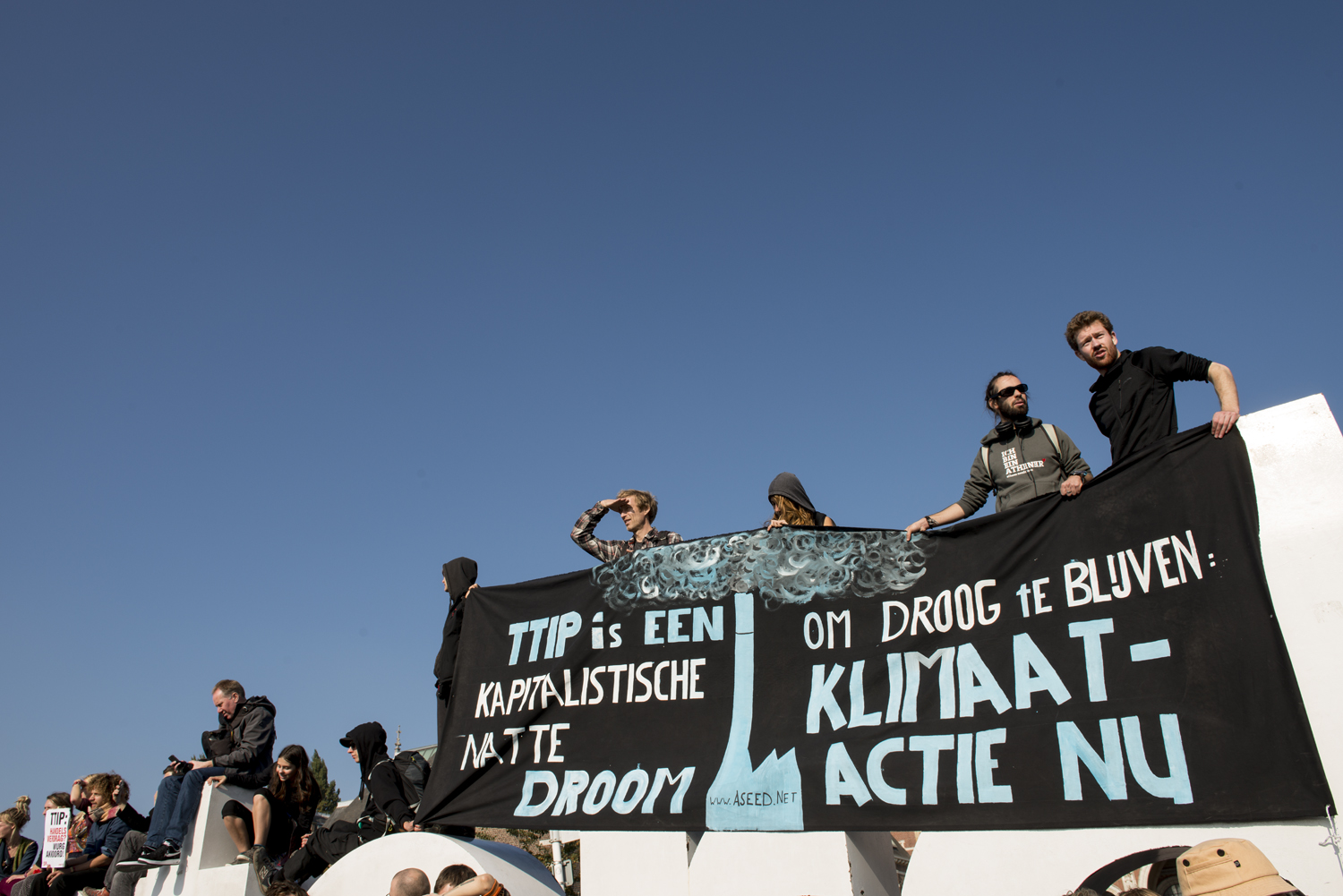