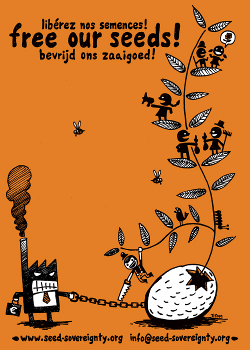 There is urgent action needed to avoid damage by the upcoming new EU regulation of seed marketing. The new regulation will de facto ban old and rare varieties and farmers varieties and threaten the exchange and selling of seeds of diversity.[:]

DG SANCO (the General Direction of the EU for Sanitary and Consumer affairs) has been working on a proposal for a new regulation since years. On Monday, the 6th of May 2013 they will present their proposal to the conference of commissioners. They could not get a consensus of the two other affected DGs, DG AGRI (agricultural affairs) and DG ENVI (environmental affairs). Both opposed the last draft of the proposal, and DG SANCO is not looking for a consensus.

The new regulation has mainly been drafted by Isabelle Clement-Nissou, an employee of GNIS, the French lobby of the Seed Industry. Madame Clement-Nissou was sent as a national expert to Brussels by the French government and is supposed to „support“ DG SANCO. The drafts for the proposal became worse from the first to the second draft; and it is expected that the final proposal is going into the same direction.

Since there is no consensus between the three DGs, the commissioners have to vote on the proposal. If a majority of commissioners votes against the proposal, it should be stopped. If they vote in favour,  it will be given to the EU Parliament and to the Council.

The seed industry is pushing the legislation, because they’ve spent a lot of money to influence the seed legislation. Furthermore, they don’t want it to be postponed after the election of a new parliament in May 2014. They take the risk that the commissioners vote against it – and we think: the commissioners should do so! There is only a little chance to get a majority of commissioners to vote against the current proposal, but we still should try. 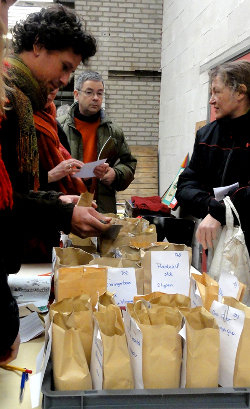 Please write to the commissioner of your country and convince him/her to vote „NO“ on the proposal of DG SANCO on 6th of May.

Try to make a link from his/her department to the seed issue, and try to make clear to him/her that the proposal for a new EU seed legislation will affect the cultural and biodiversity heritage of your country and the freedom of farmers to use the seeds and the varieties they want to.

There are two example letters in Dutch to send to the Dutch Commissioner Neelie Kroes and the Belgium Commissioner Karel De Gucht. It is also possible to write your own personal letter. Their email addresses are <karel.de-gucht@ec.europa.eu> and <neelie.kroes@ec.europa.eu>.

It is also possible to sign a petition organised by the European Seed Campaign on this issue:

And a version in Dutch: https://www.openpetition.de/petition/online/zadendiversiteit-wordt-bedreigd-geen-europese-regulering-ten-gunste-van-de-zadenindustrie#googtrans(de%7Cnl)  (The number of people signing in the different available languages will be counted up before the petition will be handed in. So more people signed than the number you see on the page in English) 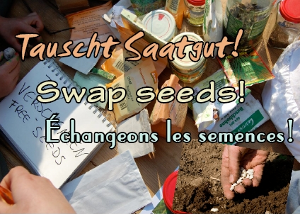 No prohibition of seeds and diversity!

By the obligation to register varieties before marketing, the new regulation will be a de facto prohibition of old and rare varieties and of farmer varieties.

Please write to your commissioner in Brussels no later than the 28th. He/she has to make a statement on the proposal from 24th of April on, the sooner, the better. On the 6th of May, we must obtain at least 14 objections, otherwise this proposal will become the official proposal.