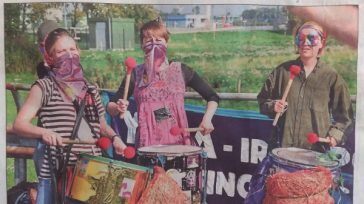 The blockade of the fertilizer company Yara that had started on Monday, continued during the night. In the evening some activists, the newly formed ‘yellow finger’, even managed to block the third entrance. This only lasted for two hours though. We did affect the activities inside the plant, but unfortunately … verder lezen 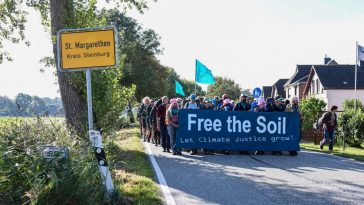 On September 23, 2019, 500 activists in Brunsbüttel, Northern Germany, have blocked the production site of YARA, the world’s largest producer of nitrogen fertilizers. In groups of several hundred people, they occupy the entrance gates. The activists from the climate justice movement thus draw attention to the harmful consequences on … verder lezen 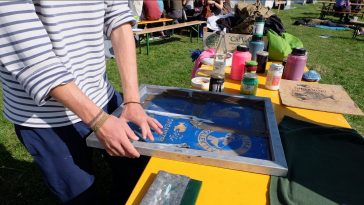 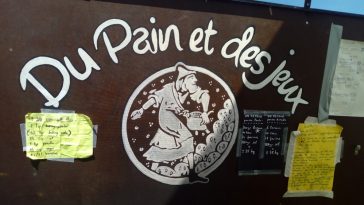 On the third day the camp is buzzing from action preparations, but in between we have been learning and exchanging about the local area and its soil. And because of similarities in soils, climate, and agricultural practices, these discussions are quite relevant for the Netherlands as well. The workshop / … verder lezen 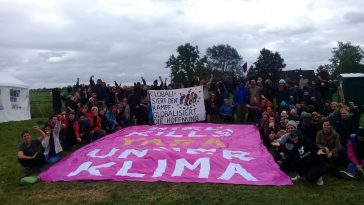 Today, our first full day in the camp was as well the first day of the International Climate Strike. Demonstrations and other actions which all over the world demand for climate justice for every. In Germany there were 100.000 people on the streets in Hamburg, 270.000 in Berlin und 30.000 … verder lezen 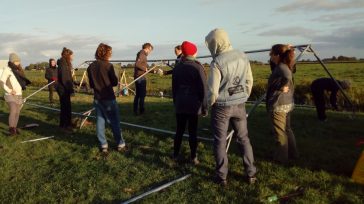 After months of planning and preparing it has finally happened! The Free the Soil camp is here! And, with the help of the Theaterstraat bus collective, we have arrived. Some hours in the bus to talk about nitrogen, pears, pockets knifes, communities and recipes for vegan powerbars, to take naps … verder lezen 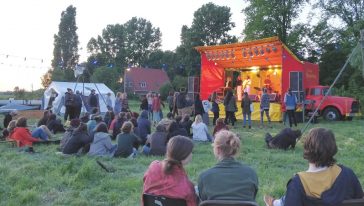 On Thursday May 30, about 50 people gathered in the Lutkemeer polder, in Amsterdam West, to occupy a terrain for the 3rd edition of the Food Autonomy Festival. Activists chose to set up the festival on the same field where the action camp “Kampeer in de Lutkemeer” took place in … verder lezen 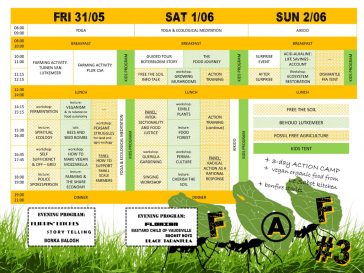 Most preperations for the Food Autonomy Festival are ready. Just a few last things to do. We are looking forward to the weekend! Hopefully you as well! This is the schedule of the programe with the times and locations of all workshops: On the general page of the festival you … verder lezen 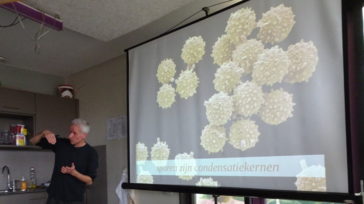 Sorry, this entry is only available in Dutch.

Success! We are pleased to announce a number of seed exchanges! Saturday 2 February 2019, Oudenaarde (BE): Reclaim the Seeds – ‘kiemen van verzet’ / ‘sprouting resistance’ Big companies and European seed legislation threaten the diversity in our gardens and on our plates. Industry largely determines what we eat and … verder lezen