Have governments achieved anything relevant? Did they finish the Paris Agreement documents? Did they discuss agriculture or climate refugees? This is a short review on the final negotiation outcomes at the COP23 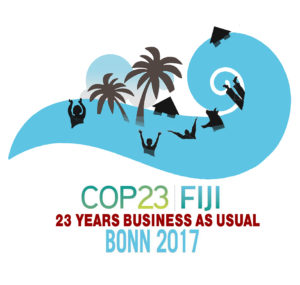 ent rules to decide the technical affairs agreed upon at the COP21. The deadline to finish the rule book from Paris is next year, when COP24 will take place in Katowice in Poland. Then, the agreement will be put into practice from 2020 onwards. So despite not being very attractive to the international media, many important topics have been discussed in Bonn.
But many uncertainties were surrounding this year’s conference for several reasons: the United Kingdom’s exit from the European Union, the United States’ withdrawal from the Paris Agreement, and the G20 (excluding the US) leaders’ pronouncement last summer to take climate action. Have governments achieved anything relevant? Did they finish the Paris Agreement documents? Did they discuss agriculture or climate refugees? This is a short review on the final negotiation outcomes at the COP23.

What have they agreed on? New platforms on ambition, gender, oceans, loss and damage and pre-2020 body

Due to the usual slow progress on the climate negotiations, countries agreed to have a 2nd intercessional meeting in May to move further.
Check this infographic by Climate Tracker to see an overview of the decisions taken and the official results. It is very helpful to understand each acronym and each agreement.
Basically governments designed the Talanoa Dialogue which aims at increasing ambition on a five-year incremental cycle, facilitating and increasing the exchange of ideas. They also created the first gender action plan which supposedly aims at highlighting the role of women in climate action and promoting gender equality. The Oceans Pathway Partnership proposed by Fiji will integrate oceans issues in the UNFCCC future decisions. The Loss and damage body created at the COP21 stands for the prevention of strong effects of climate change on the most vulnerable countries; this year has been apparently promoted in order to receive more financial support focusing on the most vulnerable countries regarding climate change effects. Finally, the Pre-2020 is an action and ambition plan which aims at achieving the emissions reduction pledges by 2020. In this regard, the reduction plans submitted so far under the NDC’s (Nationally determined contributions) are completely insufficient to achieve the temperature goals, and each country has to submit additional information by May 1st 2018 with more ambitious goals. 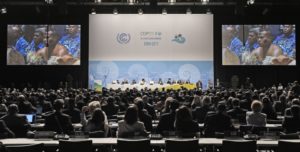 Agriculture?
Agriculture has had a very insignificant role in the climate negotiations since they started in 1992. Although discourses around agriculture have been happening and changing over the years, there is little substantive progress in the negotiations regarding that. As seen in previous agriculture proposals such as 4/1000 (storage of CO2 in the soil trough grass plantation)or the NAMA’s body (National Appropriate Mitigation Action plan regarding agriculture mitigation effects created during the COP16) both not yet turned into concrete plans with a very slow or even null implementation.

What about other kinds of agriculture apart from the conventional one? What about meat and dairy consumption? So far in the Climate Summit, it seems that there’s no space for these topics even though the contribution of meat and dairy business to the GHG emissions is well-known (check the new GRAIN report about meat and dairy business).Furthermore, there was no mention of how organic farming can potentially reverse global warming and feed the world.
Except what happened at few NGOs stands in the Bonn Zone of the COP23, no real discussion took place about this. Only topics such as new pesticides and fertilizers, ‘climate smart’ agriculture, carbon soil sink or increase in productivity to feed the world were raised. 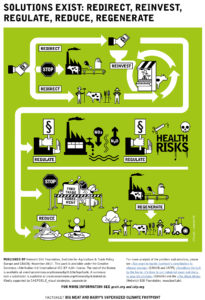 Despite this, in the COP23 official negotiations governments’ discussed about agriculture and countries have been asked to deliver a document by March 2018 explaining how they could include topics such as soils carbon and fertility, better livestock management or asses adaptation and mitigation. Besides that, the SBI and SBSTA (subsidies bodies from the UN) will set a working group together to consider the vulnerability of agriculture to climate change issues.
However, as it’s been the case for a long time, agreements arising from climate summits are not binding, neither are clear implementations on existing deadlines. We will have to see if these are plans that will come into existence someday, or if it is all empty words.

Paris Agreement ratifications: current situation
Before the COP23, 195 countries supported the Paris Agreement except Syria and the US. The second day of the negotiations, Syria announced that it will take part and sign the Paris Agreement, leaving the US as the only country without intention to sign it. The withdrawal of the US had an influence on the finances. In the Paris Agreement, developed countries agreed on contributing $100 billion annually to help the poorest countries. Trump announced that the US will never provide the $2 billion per year they were supposed to pay as their contribution to the mess the US is co-responsible for. On top of that, it is mainly the political influence of the US which is missing. And indeed, during COP23 some countries tended to hide behind the relative absence of the US to opt out of the negotiations. Nevertheless since Trump said the US will withdraw from the agreement, several social movements arise such as We are still in or America’s Pledge. They are mainly city halls, universities, business people and scientists that are still willing to take action on climate change issues. We are still in had a huge pavilion at the US Climate Action Centre. And still, there is an existent four years withdrawal period from the Paris Agreement. That means the US are still part of the negotiations and the possible election of a new president could lead the country into the Paris Agreement again. But, let’s be honest, with or without the US, it such a process mainly shows how governments are unable to make real decisions for the environment and climate justice. This withdrawal, as important as it may be in the negotiations, cannot be used as an excuse for this lack of concrete actions we had as a final result for this COP.

Looking back, in every C 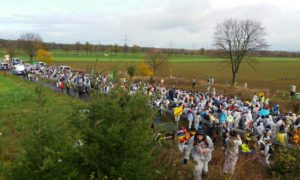 limate Summit governments’ come out with similar agreements to this year with far reaching proposals resulting in difficult talks about the implementation. So, as we expected, there has not been really optimistic outcomes from the COP23. And we already start to hear that the world is waiting for the COP24 in Poland (kind of ironic to celebrate the next COP in Poland after the Bialowieża deforestation situation) as we heard before that the world was waiting for the COP23 and before that, the COP22, and so on. It seems to be an endless circle of false hopes and disappointments where people in power keep deferring the deadlines.

There are probably always similar conclusions after each Climate Summit, and apparently the lack of cooperation, endless international negotiations and unwillingness to take action will be always part of each COP. National politics and economics interests will always be more important than the climate issues in COP negotiations; 23 years of COPs have been 23 years business as usual.
Undoubtedly, we have to fight for climate in a different way; COPs approach of saving the climate is only about private profits and economic interest proposing false solutions to the real problem. But we shouldn’t wait for the annual COP’s to solve the problem; these cannot be an excuse for doing nothing. Besides climate negotiations, we should fight on daily basis from the grassroots through actions and social movements, and use the COP’s meetings as another opportunity of networking and meet up people involved on the same struggle.