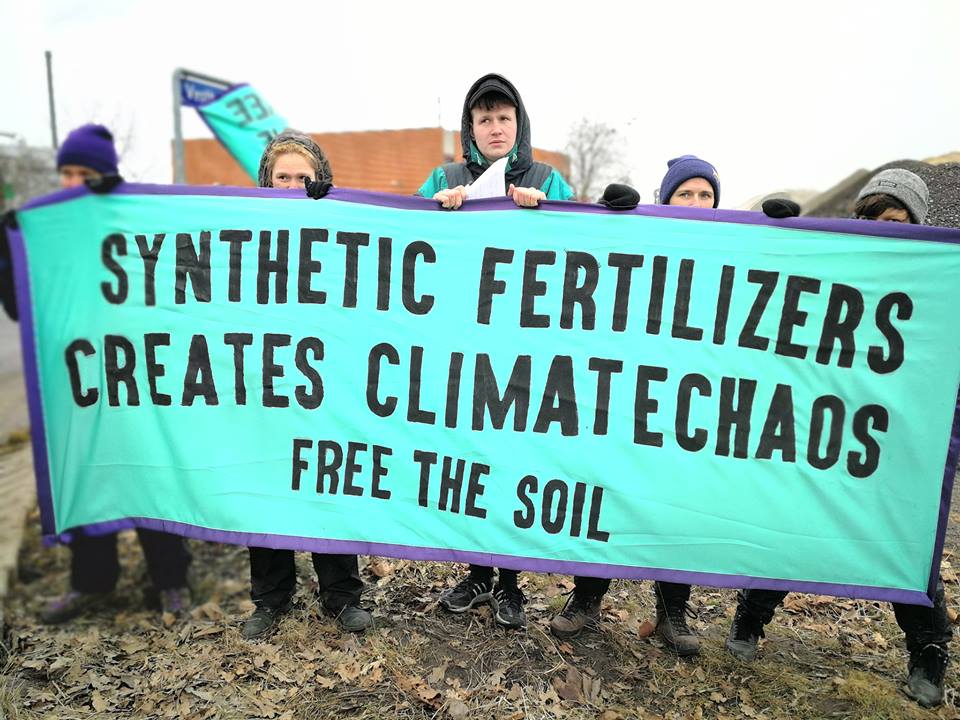 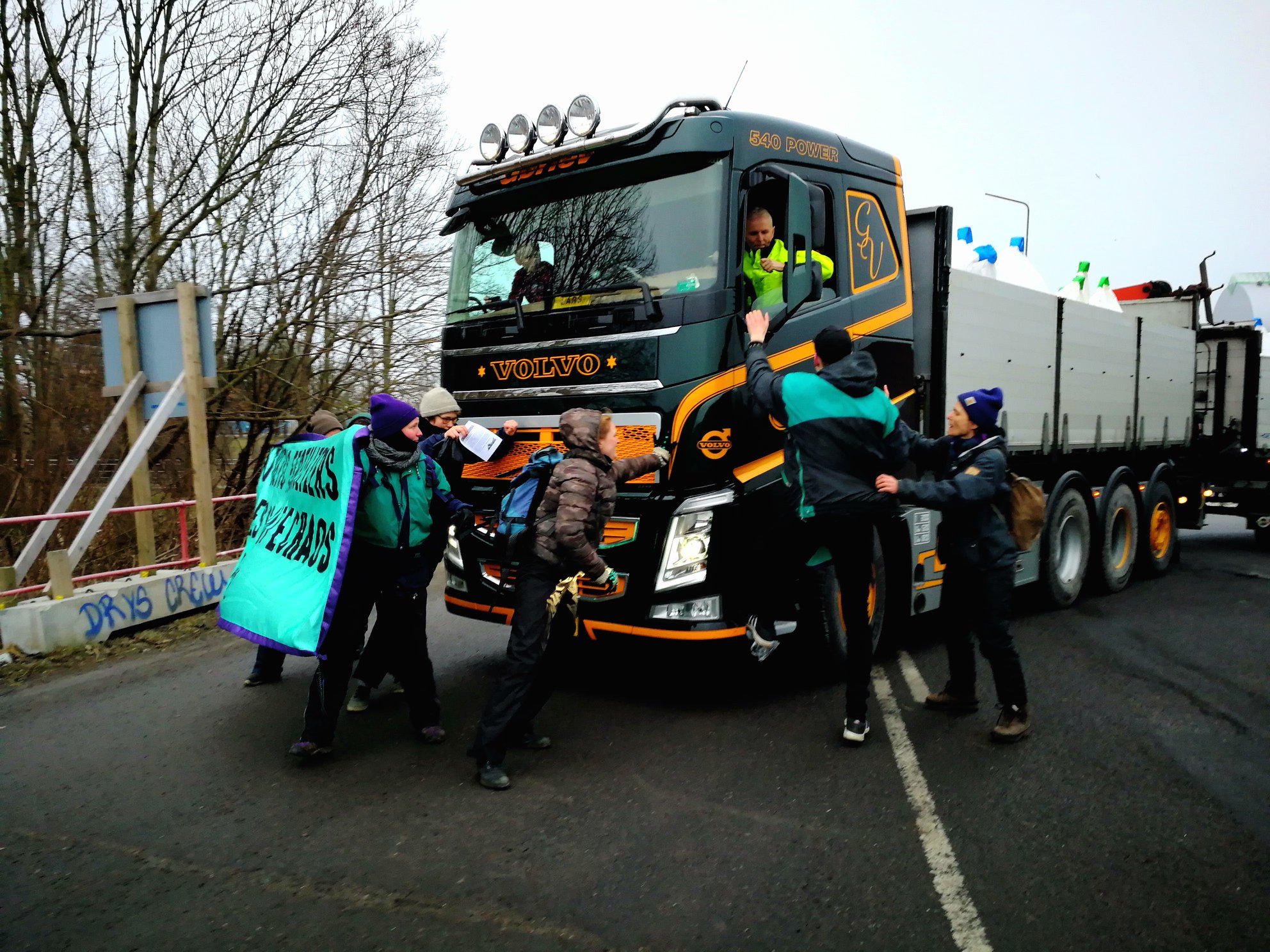 Unsustainable industrial agricultural practices deplete the soil to such an extent that fossil fuel based synthetic fertilizers become a necessity for growing food. The production and use of synthetic fertilizers is the largest source of green house gas emissions from agriculture. The ”free the soil” campaign therefore wants to draw attention to the dangerous consequences of our dependence on synthetic fertilizers, and will take action against the industries profiting from their production and use in the near future. This campaign will work towards organising a climate camp and mass action in 2019 towards the larger goal of shutting down the industrial agriculture system and industries.

Because of this, today (26.03.2018) at 7.15 o’clock we have blockaded Yara’s storage facility for synthetic fertilizers on Masned island, Southern Zealand. We are putting our bodies on the line to stop these unsustainable and dangerous practices. It is time that industrial agriculture and the companies that profit from it are held accountable for there part in exacerbating the climate crisis. The Norwegian multinational fertilizer company Yara is the 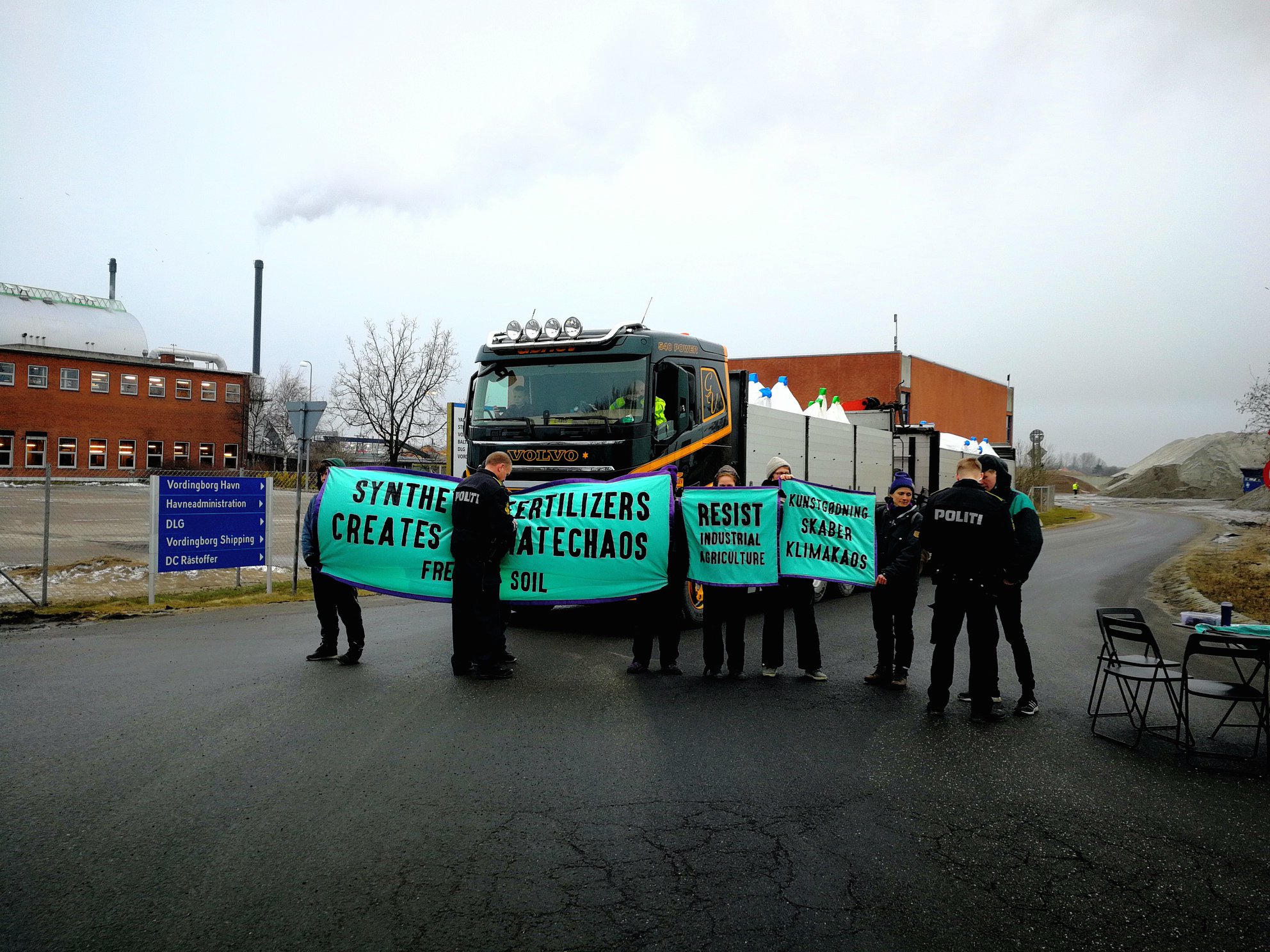 largest producer of synthetic fertilizers on the planet. Yara is partially owned by the Norwegian state, and has many fertilizer facilities in Denmark.

For too long industrial agriculture has hiding in the shadows of the other climate criminals. Around have of all global green house gas emissions come from agriculture. The agriculture industry.