Here is ASEED’s third update about the COP23 in Bonn. In the last days, we have been visiting the official conference centre and most importantly, we participated in many nice alternative events taking place in the city at the same time.

Demonstration against the animal feed lobby

On November 6th, ASEED, Animal Climate Action, and climate activists demonstrated in Bonn under the slogan: ‘Stop the livestock industry and its lobby at COP23! DVT: stop facilitating climate change!’ The group gathered at the station square in Bonn-Beuel, in front of the headquarters of the German lobby for animal freed DVT. Participants stridently called attention to the climate impacts of animal production, a

nd in particular the large share thereon of the animal feed industry. Read the full report. 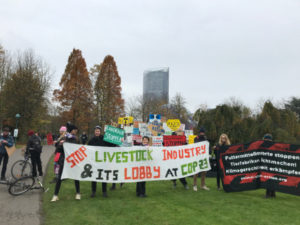 The demonstration ended at the Wissenschaftszentrum, where part of the People’s Climate Summit’s programme took place with several workshops.

People from Bolivia, India, Philippines, Nigeria and Indonesia spoke about some local projects affecting their own territory, their way of life. They are directly victims of corporations harming the environment by grabbing lands, water, electricity, … It was a strong call to developed countries which are mainly responsible for these damages, from the developing countries which are the first victims of climate change.

Climate Action zone at the COP23

At the end of the day, some of the ASEED members went to the Bonn zone, also called ‘Climate Action Zone’ of the COP23. This part is distinct from the actual conference centre where the talks take place. The Climate Action zone is where countries, NGO’s, institutions, companies and other entities share information about their initiatives to counter climate change. You’ll find the national/supranational space, where countries and collectives are standing to present their projects and organising some kind of academics and politics conferences. We could exchange with representatives, but sometimes we just felt like they are employees for the week without knowing why. Example: we tried to understand the ‘Sustainable Palm Oil’ Malaysian project, but the only person standing there just told us to refer to the flyer in front of us, because he didn’t know how to answer. The question was just ‘how could it be possible to produce sustainable palm oil?’ Discouraging… 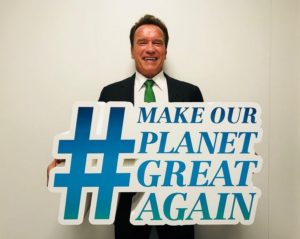 The NGO/lobby space is quite ‘funny’ as well. Only 15 metres separate the Cornell University, well-known for its blatant pro-GMO propaganda, from a small organisation of Amazonian indigenous people defending their rights. This place is full of paradoxes and many good intentions do not ring true. At some point, we were offered to ‘see the damages of pollution on beaches and oceans’ … by virtual reality. Who needs to wear 3D-glasses to be aware of that? Shouldn’t we use money to tackle climate change rather than creating shitty 3D videos?

During a stroll among stalls and pavilions, visitors will find the worst false solutions to climate change (ITER mega nuclear fusion project, bioethanol…) just as they can get to know very interesting people and networks. Besides the biotech proponents, very few groups were actually raising awareness about the links between industrial farming, meat and dairy industry and climate change. ProVeg international was one of them. Remember, we recently shared their petition. During interesting discussions on our goals and strategies, they mentioned the opening of an office soon in the Netherlands. It turns out that stichting Viva Las Vegas will become ProVeg Nederland in 2018. With this development, it seems that their focus could shift from promoting a ‘vega life-style’ to tackling the topic of animal agriculture from a broader perspective. 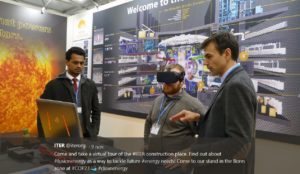 We must admit that ASEED people wandering around in the Bonn zone were not totally insensitive to free coffee and chocolate. Indeed, it is really interesting to see how many pavilions attract visitors by offering free drinks, food and some small (plastic) gifts. Organisers of presentations also attempt to lure more participants by offering some food to those who stay until the end. Sometimes, those snacks promote a climate-friendly approach to food, for example the dried pieces of (local) apples in the EU pavilion, or the red beet mousse in the German corner. However, hosts on the same spot handed out organic ‘VIO Schorle’ (juice with mineral water) owned by Coca-Cola. In the meantime, the environmental network IUCN invited people for a ‘forest lunch’ with chicken and Coca-Cola. We have no clue what their message was with that.

November 8 was supposed to be the agriculture day on COP23, and there were some side events on several agricultural topics.

The International Fertilizer Association (IFA) and the World Farmers Organisation (WFO) organised a side event with the title ‘Enhancing farmers’ institutional capacity to gain effectiveness in a changing climate’. The fertiliser lobby together with the mainstream farmers … good to have a look!

It started with a talk from a person from the German Farmers organisation DBV stressing the importance of food production and secure yields: ‘We should not take food security for granted, not even in Germany. In the years after WWII there was still hunger in Europe.’ He was complaining about scepticism about livestock. Even in his village. ‘70% of the feed is not suitable for human consumption’. But maybe you can also grow something else?
The second in the row was a sugar cane farmers from Fiji with the message that we all have to buy fair trade products. The third speaker was from the WFO saying that ‘You don’t need to tell farmers what climate change is about. Extreme weather events are happening way more often now and all farmers see this. But you always see the pictures of the damaged cities, hardly ever of destroyed farms, farmland, harvests or livestock.’ He added that ‘we need to intensify our agriculture to be able to feed the population.’ 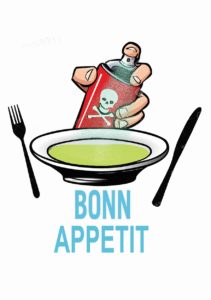 After this sympathetic start from people working on the field, the panel moved to the topic if the event: fertilizers. The main message of the panel came from the representative from the International Fertiliser Development Center: ‘We have to increase production,

fertilisers contribute to climate gas emissions so we should not use too much fertilisers. Climate Smart fertilisers are the way to go. And some companies offer very specialised products that just have to be used at the right moment at the right spot in the right quantities. And for this there is for example the “green seeker”, a tool that farmers can use to check the greenness of their plants so they know if they should add extra nitrogen. But it is still all about artificial fertilisers; “If we all want to eat organic that is fine, but we cannot feed the world population this way.”

At the end there was space for some questions, with the smart trick to first collect them so the facilitator could decide which questions would be answered. On a remark about the possible use of organic fertilisers to have as well high organic yields the response was that there are not enough organic fertilisers available. “Do we want to have more animals? Probably not.” So they came to a strange conclusion: we have to reduce livestock and for this reason we have to continue using artificial fertilisers. Altogether it was a well-thought programme provided by the fertilizer industry.

Here is the full programme of side events.

Besides that, ASEED went to the “daily track” of the Climate Trackers, to hear about the latest news of the Conference. Every day at 10:30, the Climate Trackers team gives an update in the Bonn zone, that is broadcast live on their Facebook page. Check these serious news on their website or Facebook.