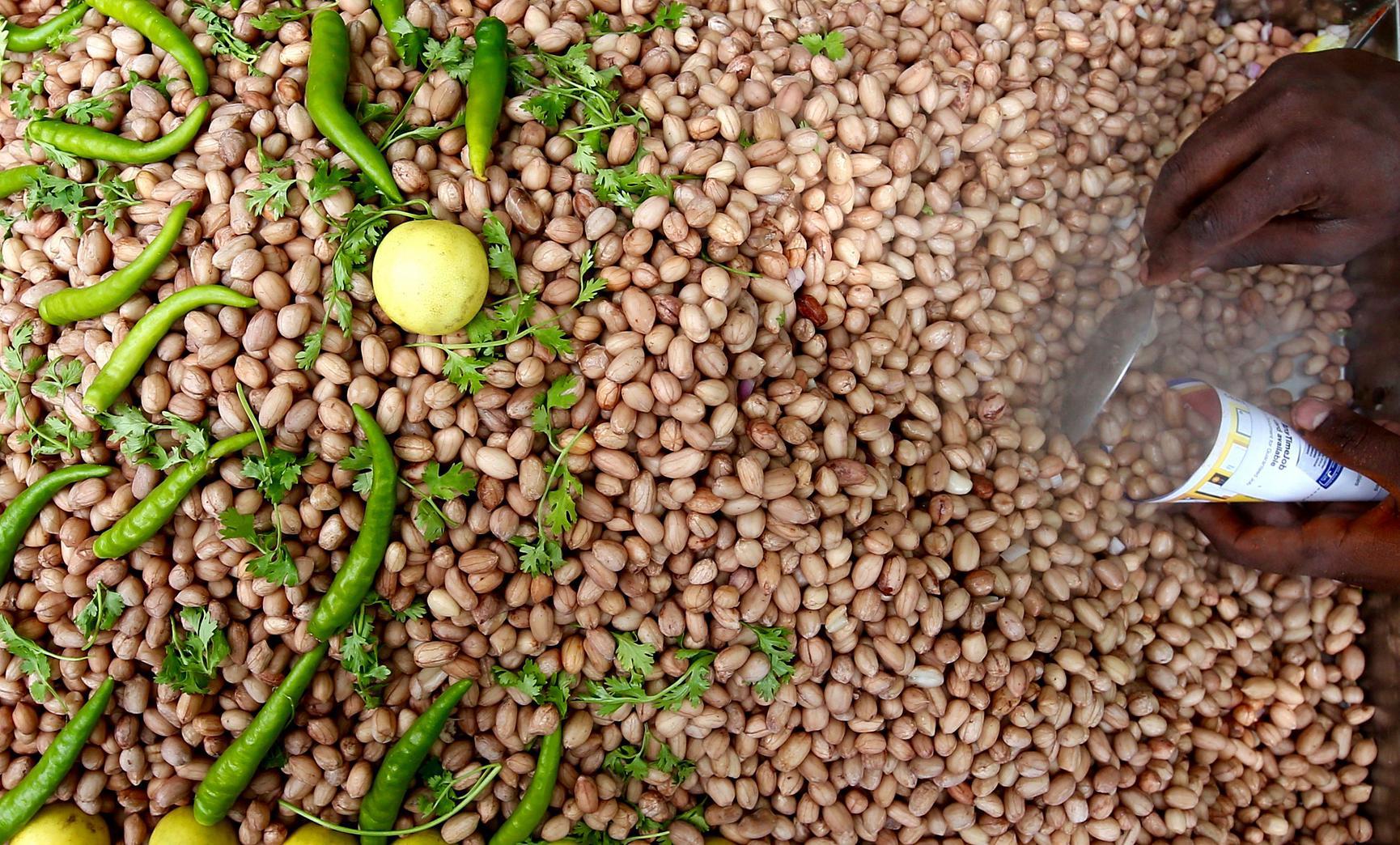 “Feeding the world in an ecological manner would be on condition of drastic measures, conclude scientists.” This is the title of a pretty alarming and one-sided article published in the Dutch Newspaper De Volkskrant on November 15, 2017.
According to this article, conventional agriculture produces higher yields than organic agriculture thanks to the use of chemical fertilisers and pesticides. Therefore, how could we feed the growing world population with organic agriculture? “100 percent organic agriculture is a luxury we can only access through a very high price.”

De Volkskrant refers to a new study published in the journal Nature Communications on November 14th, Strategies for feeding the world more sustainably with organic agriculture, and it appears that it very partially summarised the findings of scientists. Indeed, the study starts in its introduction by stating that the current agriculture model using chemical fertilisers and pesticides has resulted in too high levels of nitrogen, euthrophication (over fertilisation) of land and water, greenhouse gases emissions and loss of biodiversity. We could also add to this list of issues land erosion and depletion, and drying off of freshwater sources. Those problems jeopardise future food production; the rest of the study aims at finding solutions. 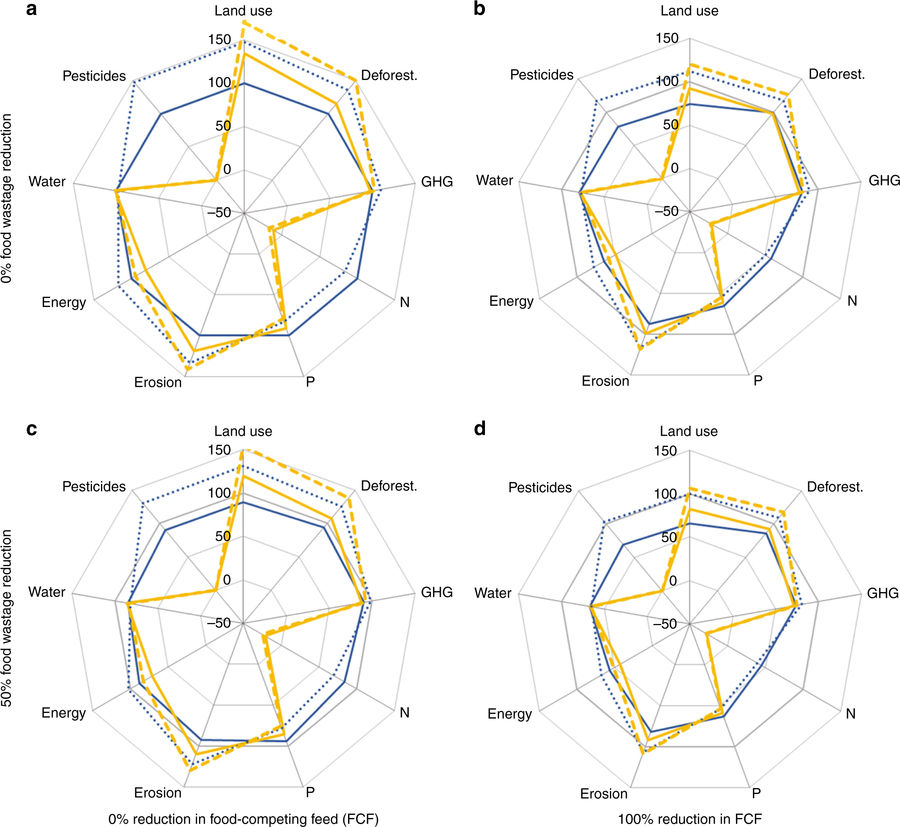 In order to ensure sufficient yields in a sustainable way, the study puts forwards several solutions, including the reduction of food waste, and the reduction of production – and therefore, consumption – of animal products. Thus, we could use land to grow crops to feed people, instead of using land to grow crops for animal feed, as it is currently happening. In de Volkskrant’s article, this concrete solution is commented on by Jan Willem van Groenigen, van Wageningen Universiteit: “Roughly speaking, this means that we would only get a third of the amount of animal proteins we currently consume – meat, dairy and eggs – and instead shift to more legumes. And this would apply to everyone in the world.” De Volkskrant describes such measure as “drastic”, unlike the authors of the scientific study who never use this word. We would not claim that putting an end to food waste, or seriously reducing the consumption of meat and dairy in the entire world are easy. There is still a lot of work ahead of us to do so. However, let’s look at the problem from another angle: if we continue with the current production and consumption of animal products, and if the population of countries with a growing middle-class imitates the Western/Dutch diet, what kind of drastic measures will then be needed to feed the world while limiting global warming to 1.5 °C? The answer is simple: it is impossible.

“Business as usual growth of meat and dairy production makes the Paris Agreement impossible and climate catastrophe inevitable” states the the brochure recently published by GRAIN,  The Institute for Agriculture & Trade Policy and the Heinrich Böll Foundation, just on time for the COP23 climate talks in Bonn.

Without a significant change in policy, in 2050 the greenhouse gases emissions from the meat and dairy industry will amount to the total amount of GHG emissions allowed to remain under a 1.5°C temperature rise. This publication is pretty clear regarding the path we should take: “If we are serious about feeding the planet while fighting climate change, the world needs to urgently invest in a transition to food systems that hinge on small-scale producers, agroecology and local markets. These systems provide for moderate levels of meat and dairy, but they do so in a way that regenerates soils, provides livelihoods to rural and urban communities and makes crops and animals resilient to the vagaries of an unpredictable climate.”

The study published in Nature Communications goes beyond opposing conventional agriculture vs. organic agriculture. The authors list climate-friendly agricultural practices that allow high yields, such as covering the soil, not tilling, and planting more trees along and among the fields (agroforestry). 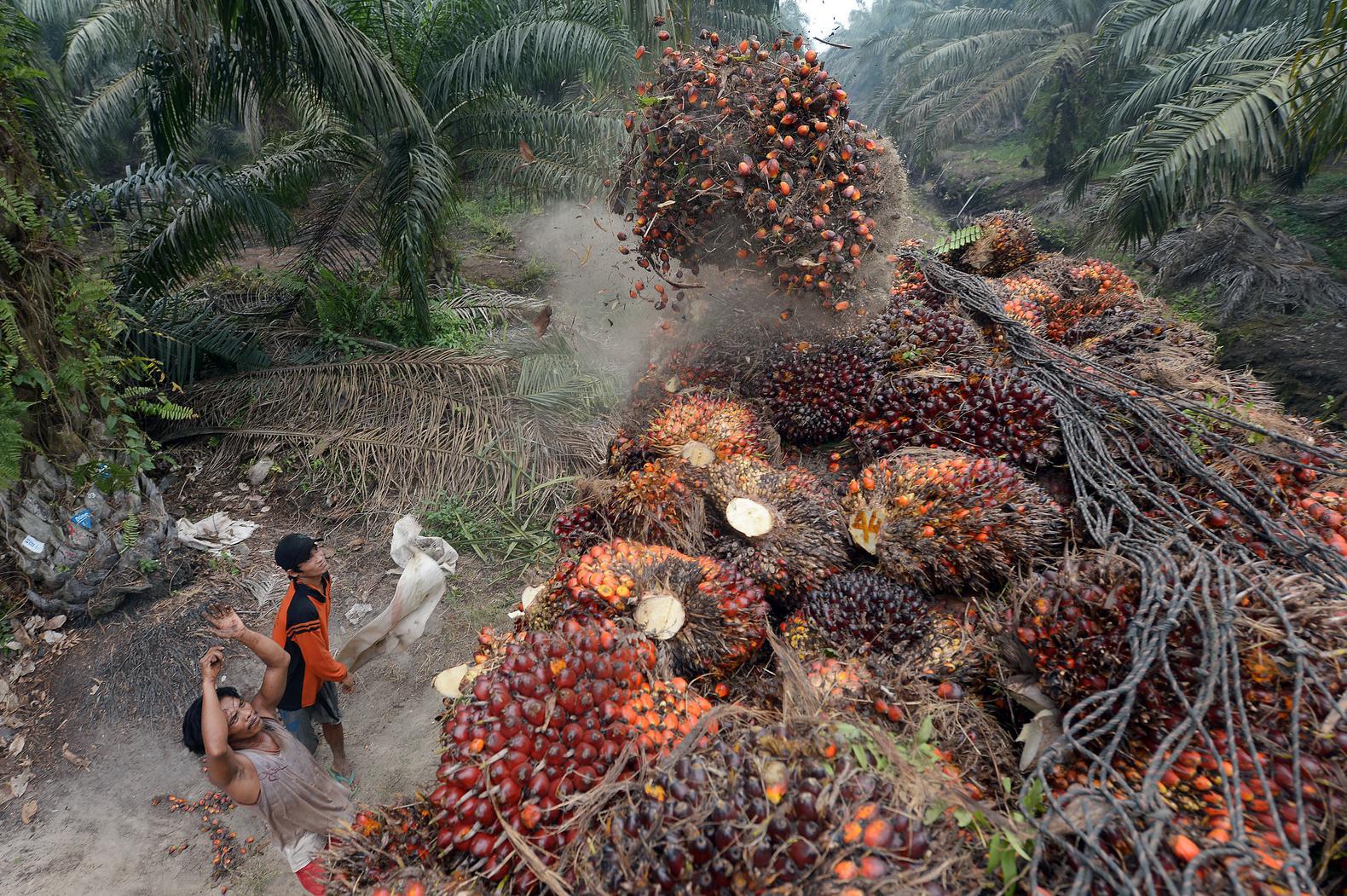 It might be a small detail, but De Volkskrant article features a picture of the harvest of palm tree seeds (for oil). The legend says: “To meet ecological requirements, the surface of land used to grow food would need to get much bigger”. Palm oil production is indeed very harmful, but the problem is that it is not only grown for food. More and more, palm oil is used as fuel and it is even compulsory to add it to the regular gas sold in the EU. If only people traveled in energy-efficient ways, that land could actually be dedicated to local food production and nature. However, limiting this decadent car and plane addiction naturally falls into the category of “drastic measures”. We must say that the words “ecological requirements” written next to this picture sound derogatory. This is really not about one or another dogma, or about the demands of health freaks who absolutely want to eat organic. This is about preserving land and resources for the generations to come. Isn’t it quite reasonable?

The study’s authors are themselves sharing their results in a very different way. The press release of the Research Institute of Organic Agriculture FiBL, which led the study, states: “Thus, sustainable agriculture is only possible when consumption patterns are changed – then, the possibilities are promising. Organic farming can play a key role in it“. The Guardian, a newspaper whose reputation is firmly established, has also covered the study. “Switching to organic farming could cut greenhouse gas emissions, study shows” says the title, followed by: “Study also finds that converting conventionally farmed land would not overly harm crop yields or require huge amounts of additional land to feed rising populations.” Similarly, the French newspaper Le Monde chose “100% organic agriculture could feed the world in 2050“ as a title for its article to introduce this new study. This already sounds much different from De Volkskrant’s assessments.

In a long report, selecting what pleases you and isolating elements from their context is very easy. It seems De Volkskrant felt like doing so in order to criticise organic agriculture. ASEED promotes sustainable agriculture, a field where innovation is possible and needed. We must try to produce higher yields per hectare. Therefore, we stand for drastic measures to make sure the future generations can use the agricultural land we will leave them to feed themselves.