Earlier this month several members of the ASEED team attended the European Civic Forum at Longo Maï in France. Approximately 400 participants joined the international meeting, which included a week of presentations, discussions and workshops on a wide range of contemporary and long-standing issues. The main themes included the crisis in the Middle East, struggles against capitalism, radical alternatives – including food sovereignty – and intersectionality. 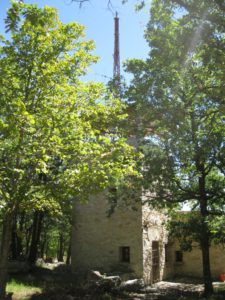 A great many ideas and perspectives were shared over the course of the event, serving to strengthen our understanding of the struggles others are facing and the actions being taken to overcome them. Connections were established and informal solidarity networks broadened and reinforced.

For many, including the ASEED delegation, the Longo Maï collective was a source of inspiration in and of itself. The collective began in the 1960’s with the purchase of the original plot of land, where the conference was hosted. Since then, the collective has expanded to 10 different locations, mostly in France, but also in Germany and even Costa Rica. Each location is autonomously and horizontally organised and yet maintain strong links and cooperative, mutual aid arrangements with all the other communities.

Keen to avoid shutting themselves off from the world, Longo Maï is explicitly political; for many years members of the collective have run Radio Zin Zine, broadcasting political discussions (mostly in French) and music throughout the region and online. Since its inception, the collective have hosted many large-scale political gatherings and numerous small events. On top of this, they regularly host new people who are interested in learning practical skills with them and experiencing how they live.

As ASEED, we attended the forum to spread information about our campaigns, find ways to support the campaigns and projects of others and to gain an insight into Longo Maï. The collective has been at the forefront of practicing and promoting agroecology, making the very place itself relevant to the work of ASEED. We returned from the forum satisfied that we had succeeded in our intention and with a new sense of optimism about the possibilities for building an ecologically and socially just society.