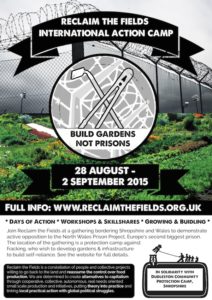 In a snow covered Freiburg, 50-60 people from across Europe gather to share stories, learn from one-another and plan the future of Reclaim the Fields, a network of “people and collective projects willing to go back to the land and reassume the control over food production” [1]. Those involved share a rejection of capitalist organisation in favour of small scale, needs oriented production. Present are farmers – or peasants (a term used to indicate the small scale and local nature of the agricultural projects people are involved in), gardeners, nomads, and other activists. Under the banner of Reclaim the Fields, these groups and individuals come together to share experiences and support one another, host camps, and carryout actions in the fight for land. 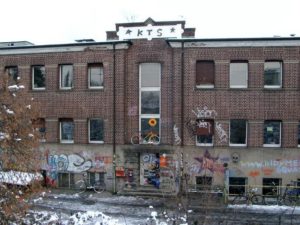 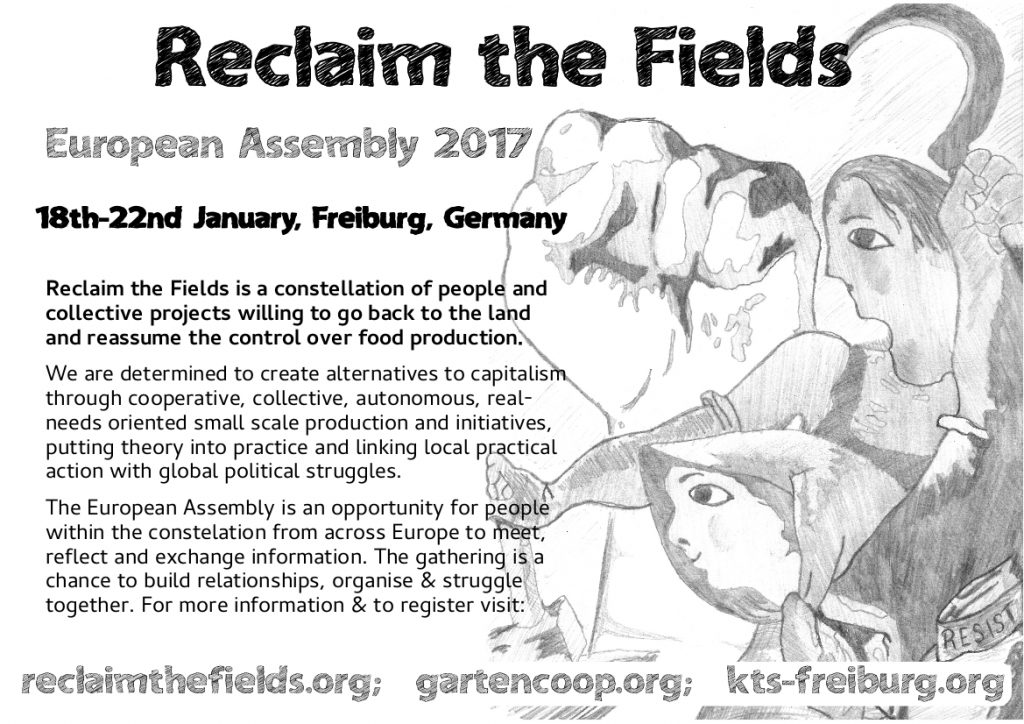