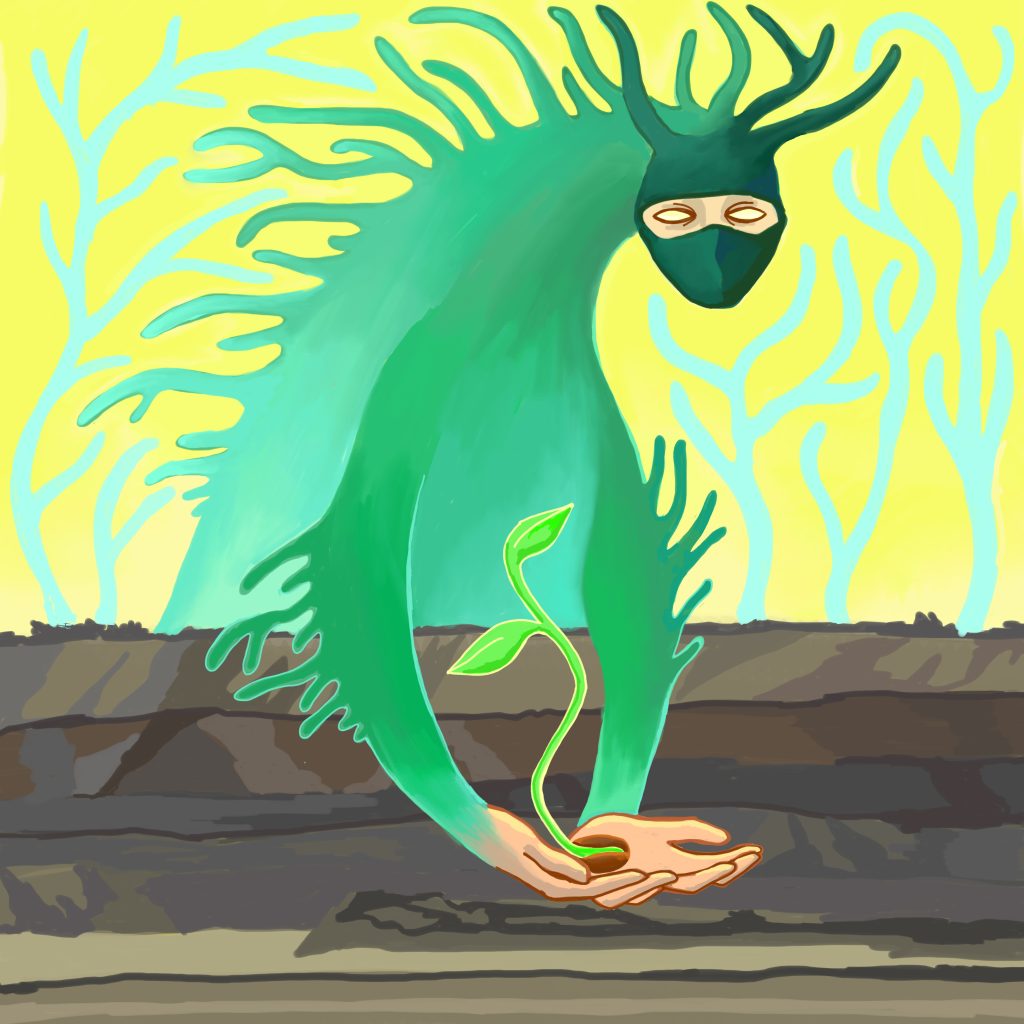 When you arrive in the occupation of Lützerath, you feel like entering a small utopian bubble: environmentalists try to organise themselves in a non-hierarchical, inclusive way, and every day people are busy rotating between different tasks to serve the community. You can sense a lot of freedom and energy in the air, from the painted banners hanging in the trees to the eclectically built wooden houses. Walking through the barrio (district) Phantasialand, you are surrounded by tiny houses on stilts, high tree houses, and sculptures. You arrive in a meadow where a wide communal tent is surmounted by a three-story wooden tower, you see people sitting in circles, you can hear people chatting and building new structures, and the sounds of hammering and screwing give rhythm to the day, as well as melodies that arise from a communal piano.  Nevertheless, this peaceful and joyful ambiance is somewhat destroyed when you explore the area surrounding it. 50m next to the occupation you can see the massive coal mine Garzweiler II, run by the German energy company RWE (Rheinisch-Westfälisches Elektrizitätswerk ). This is one of the biggest energy providers in Germany and also present in markets in the Netherlands, the UK, Belgium, and the Czech Republic. When I stand on the edge of the mine in front of the post-apocalyptic landscape formed by this huge gaping pit of a city’s dimensions, I can observe multiple enormous metallic excavators that incessantly scrape off the soil, back and forth, back and forth. These are the biggest crawling vehicles on earth… Monsters. When I look at the mine, a mix of feelings arises. Feelings of disgust and shock, but also a strange fascination with the scale of this deserted hole. How can humans decide to turn green and fertile land into an enormous, dead hole? Indeed, the agricultural and pastoral environment is being ruined in this quest for coal. From time to time, we can still see a shepherd bringing his herd to graze on the small piece of meadow left in between the village and the mine. Until this too disappears.

RWE continues the expansion of its already gigantic coal mine Garzweiler. Garzweiler is a surface coal mine that currently measures 3,200 hectares, and RWE was planning to expand it to 11,400 hectares by 2040. The mine already destroyed 20 villages on its way and six more will be wiped off the map. A recent deal between RWE and the German government dates the end of the mine to 2030 but removed virtually all limits on how much coal RWE can extract at this site. Not only people’s homes and cultural inheritance are being demolished, but also all the arable land around it. The area now occupied by the mine and the surrounding fields are composed of exceptionally fertile ground. The soil is reputed for its high quality and abundant groundwater since the Roman time. Farmers were even fighting over it.

In Lützerath, a threatened village, one farmer is standing up against RWE. Eckardt Heukamp is the only local inhabitant that has refused to sell his property to the energy company, even when all other villagers and farmers were forced to do so and moved away from the village. Eckardt initially owned 100 ha. RWE first expropriated 83 ha, and finally all his land in June 2022. In Germany, forced expropriation is legal if it is judged to be for the common good. However, it remains unclear how the extraction of brown coal, the dirtiest fossil fuel, is a common good. The mine destroys the environment around it, pollutes the groundwater and the air, and the coal power plant releases toxic dust and radioactive micro-particles… Coal is the largest source of carbon emissions in the world, and the mine releases extreme amounts of CO2, increasing global warming. Germany has pledged to be in line with the 1.5C limit of the Paris agreement but this seems impossible if the phase-out of brown coal only happens by 2038. The situation becomes more than ironic when we discover that RWE is dismantling wind turbines to give space to the excavation.

The mine and its surroundings are a demonstration of how capitalism does not work. Indeed the expansion of Garzweiler makes clear that, for the German government, the will of the people is secondary to the will of large corporations: profit is more important than the livelihood of the people to whom it is supposed to bring wealth. The mine offers employment and provides accessible energy – an argument that falls flat and doesn’t serve local inhabitants if they have to forcibly give up their homes. It is a struggle that repeats itself with every village that the greedy energy company destroys. Garzweiler mine keeps on eating fruitful land and homes of people whose families have been living there for centuries! This pattern keeps happening not only in Germany but all around the world.

How far will the greed of these companies go? Digging to the end of the world?

This discussion extends beyond the brown coal mines, it is also about global climate injustice patterns, it is about phasing out fossil fuels, and about corrupt politics and politicians! Our capitalist society and economy have created a race for production that depends on constant energy supplies. These energies are produced through an extractivist system1, which is characterised by the limitless exploitation of natural resources carried out at the costs of ecosystems and the environment of local populations.
This reoccurring expropriation is an attack on small-scale farmers, as they lose the fertile land they have farmed on for decades. They must move to areas where the soil is much less fertile, which makes it even harder for them to exist in this already extremely hostile system of agribusinesses.
When Eckardt Heukamp first refused to sell his land, he invited climate activists to form a ZAD (Zone à Défendre), an occupation zone in resistance against the mine expansion. The new ZAD of Lützi was declared in September 2020.
Currently, the activists are preparing for an eviction that is expected to start on the 10th of January 2023. With the forest evictions in mind that occurred during the last years, such as the Hambacher Forest in 2018 and the Dannenröder Forest in 2019, the international climate movement must support these struggles, as the police and authorities are extremely violent and repressive.

If YOU want to contribute to this, you can either support the struggle locally by educating and sharing information, or you can go to the occupation yourself! They are happy to include everyone who wants to join the occupation. Bring warm outdoor clothes, your camping and climbing gear, and you will always be able to help with everyday life at the camp. If you want to contribute to the effort to prevent the eviction, you can attend the building preparation and skillshare week from the 1st till the 8th of January in Lutzerath. If you want to be there during the eviction, you should come before the 10th. This is when the police plan to lock down the whole village to isolate the inhabitants and activists who have already been living without electricity for weeks after RWE illegally destroyed the power supply to the village.
You can also go help build the legal camp in Keyenberg from December 29th onwards, or join the legal camp when it opens on the 5th of January.
Check out https://luetzerathlebt.info/en/ for all the details.
Besides the people in Lützerath itself, Ende Gelände, well known for their mass actions against the fossil fuel industry in Germany and other European countries, are organising one or multiple actions departing from the region, to disrupt both the eviction and the work of RWE. More information on this will be shared in the weeks leading up to the eviction.
Check out https://ende-gelaende.org/en for all the details on this.
If you are non-German speaking, it is understandable that it might seem somewhat scary to go to a German forest occupation, especially if there is a lot of police involved. It is therefore wise to go with at least one German-speaking person that you trust and that you feel comfortable with and that can also speak English or your language comfortably. Moreover, in big rounds facilitators usually ask whether a translation is necessary, otherwise, you can also always ask for a translation.

1. “Extractivism refers to a specific mode of wealth accumulation, based on activities that extract large quantities of natural resources that are not transformed (or are transformed only to a small extent) mainly for export. (…)

Extractivism is often identified in regions characterised by poverty and high social inequality, which coexist with soils and subsoils rich in exploitable materials. For some authors, the “resource curse” (Acosta, 2013; Gilberthorpe, Hilson, 2014) is visible when the exploitation of natural resources does not necessarily translate into improved welfare of the populations of a given region and the trickle-down effect expected by the implementation of exploitation (mining, oil, forestry…) does not take place.” 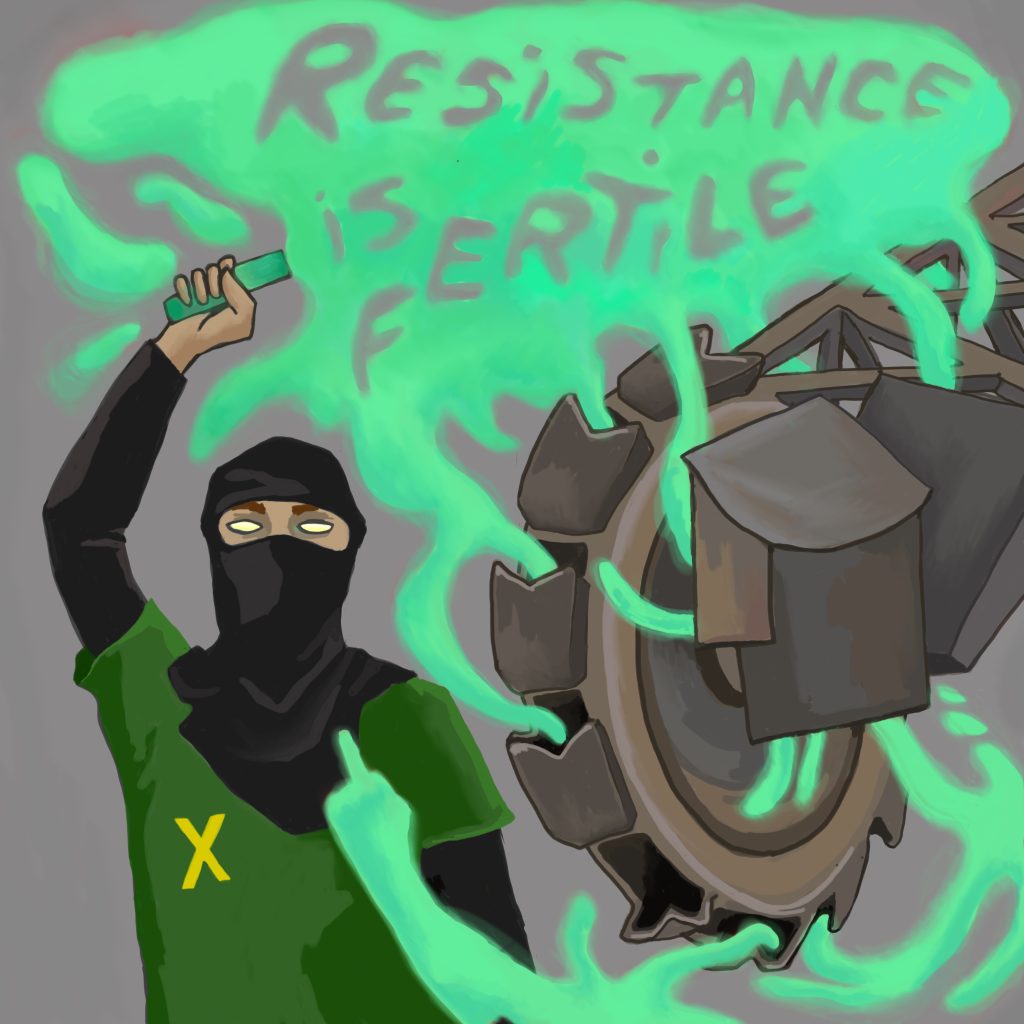 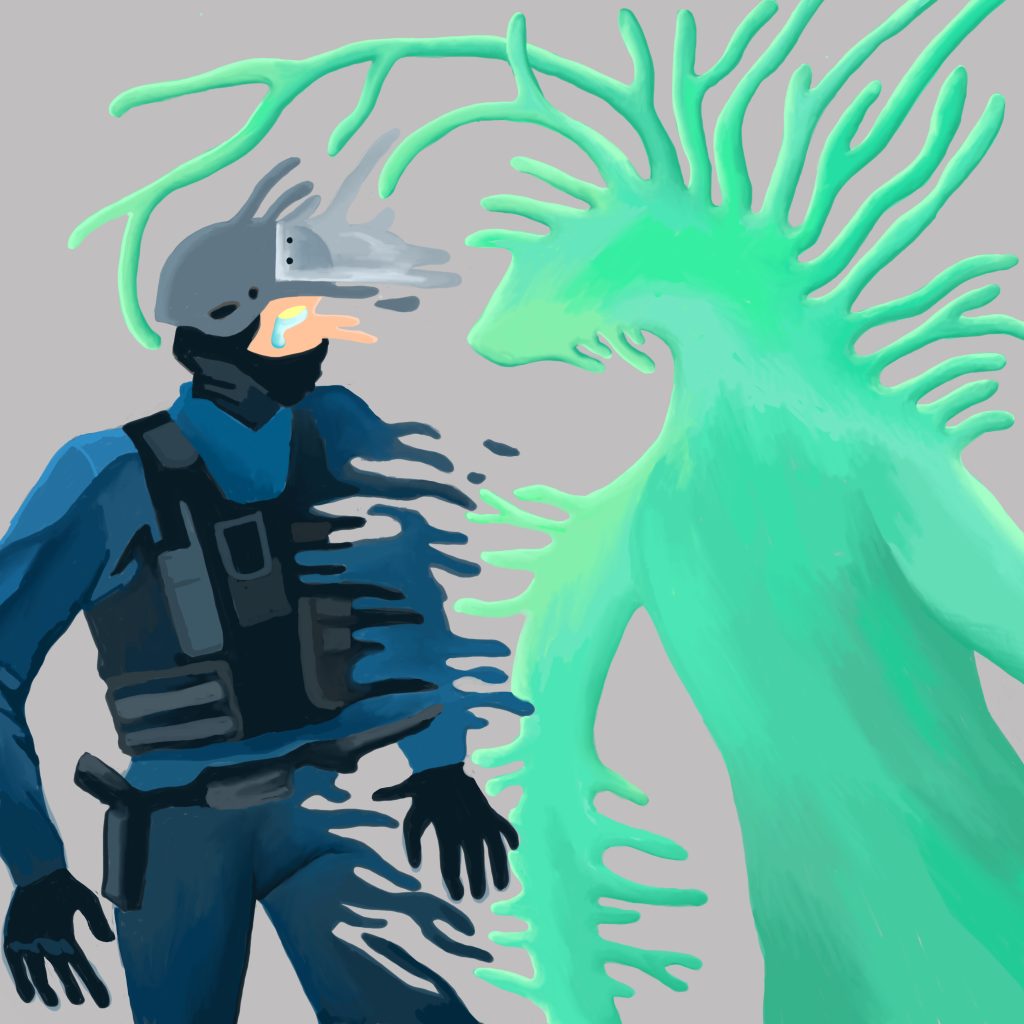