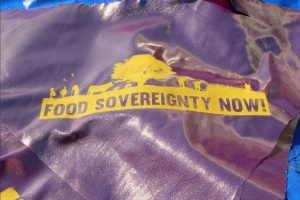 It feels incredibly empowering to share these emotions with lots of people willing to take action against industrial agriculture and for climate justice!

After a cold night with a clear beautiful sky, we woke up early in the morning to have a short meeting with our ‘Dutch’ comrades. We wanted to create some affinity groups that will be joining one of the purple action “finger”; in a mass civil disobedience action, the big crowd is usually divided in a couple of big groups, aka fingers. We will be in the purple-silver finger, together with a merry bunch of Belgians including The Brigades d’Action Paysanne.

Afterwards, during the breakfast, we heard that we were already more than 600 people in the camp yesterday! More buses are still scheduled to arrive during the day, one of them with a big group traveling from France. These are amazing number, after a summer packed with action camps.

The day continued with the general action plenary. First, we reminded ourselves WHY we are doing this action, with facts and information about Yara and Industrial agriculture. Then, more information was shared: WHAT are we going to do? No big surprise, the goal is to block Yara but the route remains secret until the action day. No bus, train or parachuting: everyone will take a healthy morning walk to Yara’s facilities.

People from both action fingers, the purple/silver and turquoise, took time to put extra focus on awareness: we are doing our best to take care of each other, to be mindful with the group dynamics and to share a culture of mutual respect and solidarity. This means that the action is not a place for macho/hero behaviour, and that everyone’s participation is valued. We should avoid anything that could leave people in a vulnerable position. For example, running when we know some people can’t, or taking decisions that cold impact everyone without discussing with the whole group.

Action support and solidarity with EZLN

The Camp finger is also crucial: it will take care of bringing food, drinks and whatever material necessary to the blockades. It will also be busy with press, communication and all legal aspects. 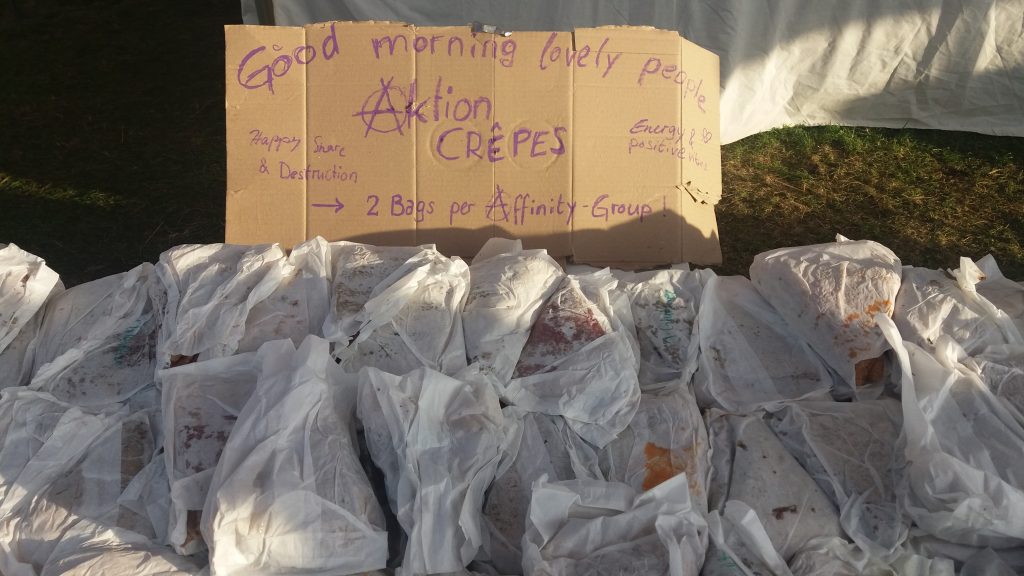 Further, there will be a solidarity action in Hamburg: there, a group of activists will spread information about the action and take solidarity pictures with the people who want to. They will be walking through the city with a beautiful “Free the SOILidarity” banner.

After the plenary, those who recently arrived at the camp and didn’t have an affinity group yet could join an affinity group training and speed dating session in the morning. The goal is to explain what is an affinity group, to help connecting people and to underline the importance of sticking together during mass civil disobedience actions. Check this link from Ende Gelände if you want to know more about the role of such groups in an action.

During lunch, we took a giant group solidarity picture for Zapatista communities, who have recently been extending their territories in the Chiapas. 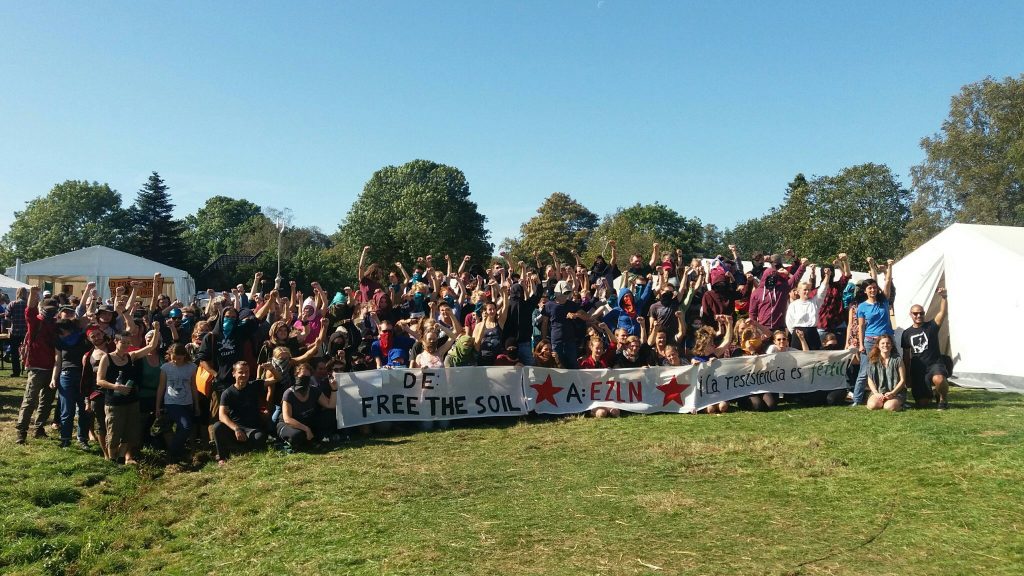 After lunch, all members of the fingers were invited to join a specific training covering group communication, maneuvers and general awareness. What a pleasant sight to see hundreds of people wearing shiny turquoise and purple bandanas, chanting slogans and moving as one on the local football field!

NO MORE GAS, COAL AND OIL, SHUT DOWN YARA FREE THE SOIL!