On the 13th of February, the Forum Building of the University of Wageningen accommodated the annual seed fair of Reclaim the Seeds , organised by the student’s organisation Boerengroep and by environmental organisation ASEED. Apart from people who came especially for the seed fair, visitors of the Voedsel Anders Conference passed by the fair as well. The stalls, where one could swap or give away home harvested and selected seeds, have been used frequently and eagerly. 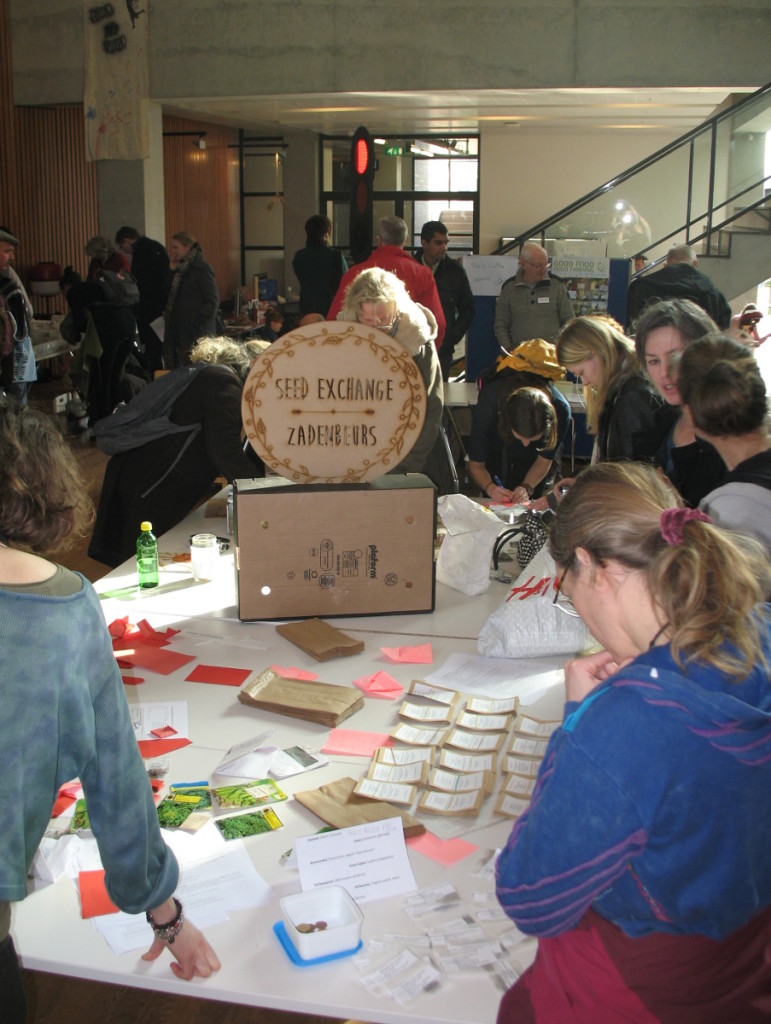 The programme was full of interesting lectures and discussions. One of the highlights was the Monsanto Tribunal, presented by documentary maker Marie-Monique Robin and former UN rapporteur for food safety Olivier de Schutter. The lecture room was bursting at its seams, filled with people who wanted to hear how, in October, the accusations against Monsanto for doing damage to humans and the environment, will be substantiated.

The series of workshops on how to cultivate, reproduce and save and store one’s own seeds, was very popular as well. Gardener and permaculture teacher Linder van den Heerik teached about the basics of seed saving. Foundation Omslag presented the DVD From Seed to Seed, with 7 hours of very detailed information on how to grow over thirty varieties of crop plants and then how to harvest and store the seeds. The film is divided into chapters and sub-chapters, which makes it easy to work with this DVD. Janneke Top presented her book about seed saving, titled ‘Zelf Zaden Telen‘, and gave a lecture on this topic as well. The book offers a load of information on seed saving, growing beans and cross pollination. You can read reports of most of the workshops.

Reclaim the Seeds, together with all it’s participants, sends out a strong message -for the fifth year in succession- that the agricultural diversity and the availability of seeds is extremely important, and that the reproduction, reuse and trade of seeds should be permitted. It’s about living organisms which are the result of thousands of years of agriculture, they should be common goods, and the use of crop plants shouldn’t be restricted by patents. Only in this way sustainable, local agriculture can counterbalance the dominance of the major agricultural companies in the seed market. 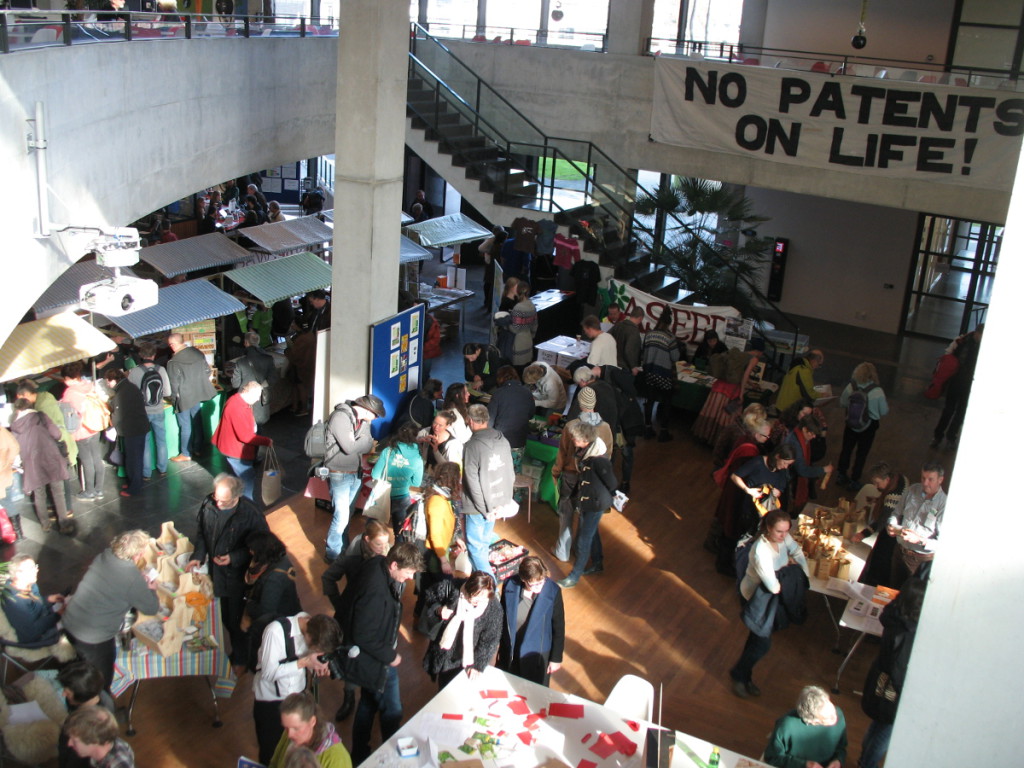 On Sunday the 14th of February, there was the opportunity to visit local vegetable garden projects. The Creative Garden at Hoge Born showed us around in their forest garden, aquaponics greenhouse and other projects in the beginning phase. When we arrived at Ecovillage Ppauw, wet snow had begun to fall, so we were sitting inside enjoying coffee, home made pastries and the rocket stove admiring the garden through the window. Unfortunately, due to the bad weather, only a few participants showed up to visit these interesting projects.

Did you miss out on the Wageningen Seed Fair? Don’t despair..there will be another Reclaim the Seeds seed fair in Lier -nearby Antwerpen- on the 27th of February! Like in Wageningen, you can expect a mix of stalls with a diversity of seeds, and an interesting workshop programme. 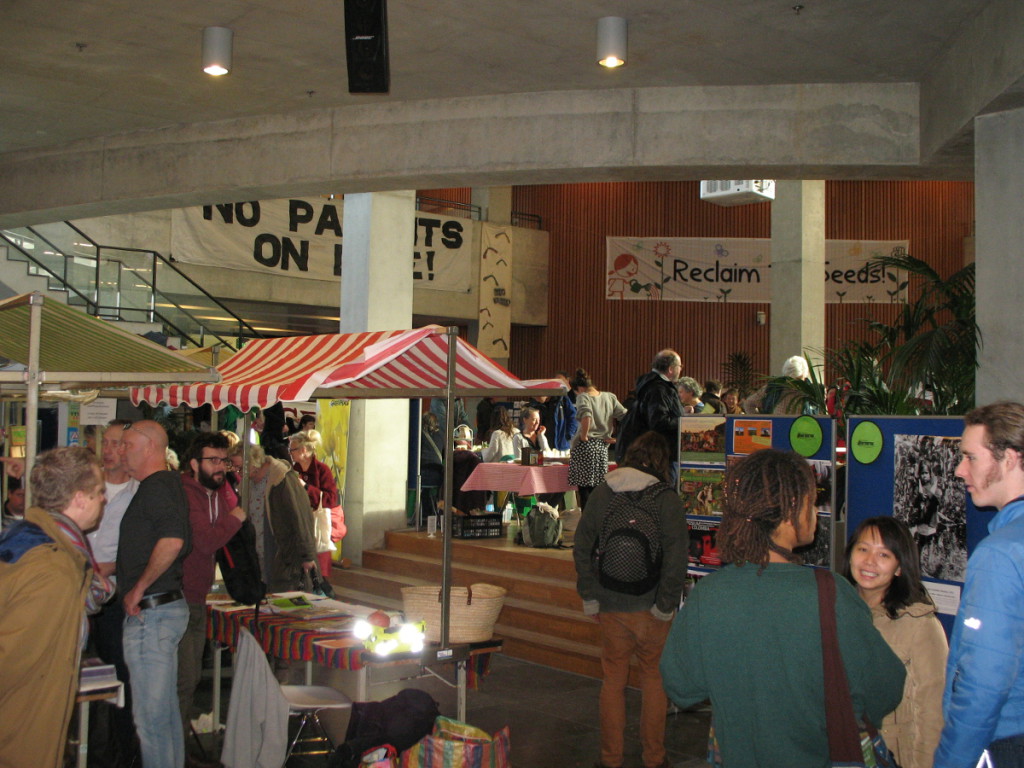 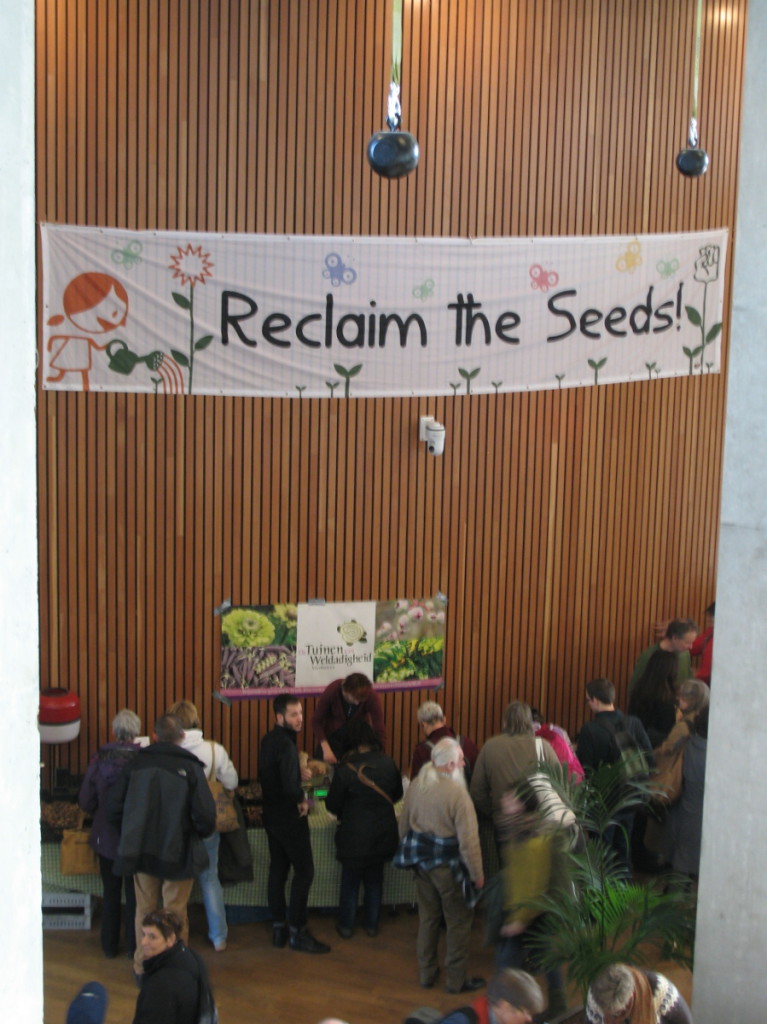