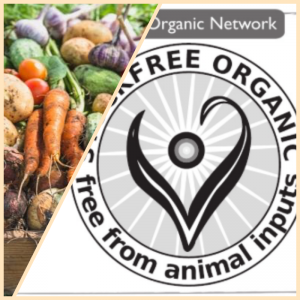 Written by one of our beloved reading group members, thank you!

In this ASEED reading group session, we discussed the animal-human relationship in the context of food production. The three articles are all academic papers studying different perspectives related to animals in food production i.e. should they be involved? how should they be involved? During the discussion, we also reflected on the uneasy animal-human relationship – are humans ‘masters’ of animals? are humans and animals ‘enemies’ with each other? What are the differences between enslavement and symbiosis/ interspecies living?

Overview of the articles’ key arguments

van Zanten et. al. (2016) argues that from a land-use perspective (i.e. calculating how much plant-based protein we can produce from that the amount of arable land we have), there is insufficient land to provide enough plant-based protein for everyone. They propose that livestock feed which comes from food-waste and other innovations will reduce food-feed competition (which means crops used to feed livestock vs. directly to humans). This way,  livestock farming’s role in supplying protein in human diets is not only necessary but can be made less contentious. Lund (2006) discusses the tensions surrounding animal welfare between industrial agriculture and organic farming systems and provides a framework which includes 3 perspectives on what animal welfare constitutes – affective states (feelings); biological function (health) and natural living (living in a natural way without any form of artificial inputs e.g. antibiotics and allowed to roam). Finally, Schmutz & Lucia (2017) argues that vegan organic systems are socio-technically possible if we see an increase in plant-based diets (with the use of fossil-fuel intensive greenhouses) but concluded that there’s the issue of domesticated animals who cannot survive in the wild and considered ‘cultural heritage’.

‘Possibilities’ of not involving animals in food production

The first question we discussed was the possibility of not involving animals in food production at all. Most of us in the group agree that it is preferable for animals not to be involved in food production as much as possible. Schmutz & Lucia’s (2017) paper seemed to promise a ‘vegan organic’ world but held out due to the issue of domesticated animals, arguing that even if we don’t need animal protein anymore, domesticated animals which are genetically coded to depend on humans will not be cared for. Nonetheless, someone pointed out that if livestock farming is compared to slavery and therefore ethically unjust, it is a matter of stopping the artificial insemination of livestock so that reproduction can be reduced. The idea of domesticated animals as ‘cultural heritage’ was also challenged, at least in the context of large scale livestock farming since this is historically speaking still a relatively new practice. Also, it was argued that we should not just accept cultural heritage. Things which our grandparents would have never thought it would be possible are at this moment happening and if we shut ourselves off from certain possibilities progress is hard to achieve.  Opposed to this view it was raised that a lot of indigenous tribes who hunt for animals or ‘domesticate’ some animals, with whom they have a more intimate relationship with,  have been doing this for a much longer time in a totally sustainable way. It was argued that it is very inappropriate and colonial to convince them to stop the use of animals. Nevertheless, it is not clear-cut in defining what constitutes as ‘cultural heritage’ or even enslavement of animals, the latter of which will be discussed later.

The land perspective by van Zanten et. al.’s (2016) is also useful to examine what is ‘possible’ – as marginal lands e.g. grasslands may not be sufficiently productive to produce enough plant-based protein. Nonetheless, some people in the reading group suggest that the authors did not consider agro-forestry in marginal croplands, which presents a possibility for meeting humans’ nutritional needs without the need for livestock farming. One major exception is that of people who live in environments such as upland pastures, prairie, alpine mountains, tundra, whose nutritional needs may even have become genetically coded because they have been dependent on keeping livestock for a long time due to the lack of arable land.

Why no animals in food production?

The example of indigenous people’s relationship with animals and people who live in particular environments made us dig deeper into our reasons for being critical of animals in food production. Someone pointed out that she is against it because it is not ‘natural’ but this led us to further discuss what ‘natural’ means. Referring to Lund (2006), ‘natural living’ in organic farming can sometimes come off as ‘performative’ and pandering to romantic, human-centric notions of what natural means. Someone then suggested that her vision of farming as ‘natural’ is in the sense that it is devoid of egoism, exploitation and hierarchies. We were all critical of how the three scientific papers’ priority is how to meet humans’ needs before trying to fit animal’s welfare (whatever their definition of that is) into the equation.

What is really ‘sustainable’?

This starting point also leads the authors to miss out particular aspects of sustainability. Schmutz’s & Lucia’s (2017) proposal of a vegan organic world is premised on (existing) greenhouse technology which is energy-intensive (and thus carbon-intensive in places where energy is generated by fossil fuels). The focus on food security misses out the question of food sovereignty/ autonomy and localising food sources.

This is also linked to our final question about veganism – should everyone go vegan? With some of the vegan trends tending towards processed foods and imports of ‘unsustainable crops’ like almonds for almond milk over long distances, veganism should not be seen as the only identifier of sustainability – in the words of someone in the group, “What you eat is only one small part of you.” He also raised the example of dumpster diving, that one can also eat animal products which are discarded and in this way not support the industry of animal products.

On discussing whether everyone should adopt a vegan diet (now from the consumers’ point of view), it is agreed that not everyone should be given the structural constraints (e.g. higher prices due to existing patterns of production; nutritional needs which may be genetically coded)and also we should not impose on all people what to eat. Also, it was raised by one participant that it should not be seen as dogmatic as veganism often is profiled. Next to that, it was argued that it is more important to eat products which are produced locally than to be a strict vegan.  However, someone also pointed out that is a large chunk of people who have the choice (especially in the Netherlands/ Europe) but are not acting on it, which is the group that we should be ‘pushy’ about.

A final critique of van Zanten et. al.’s (2016) proposal is its fixation on ‘productivity’ when it proposed the idea of channeling food waste for the purposes of livestock feed. Someone pointed out that this can be likened to the capitalist mode of production, consumption, with waste channeled towards further growth instead of thinking about not producing as much and thereby not producing as much waste.