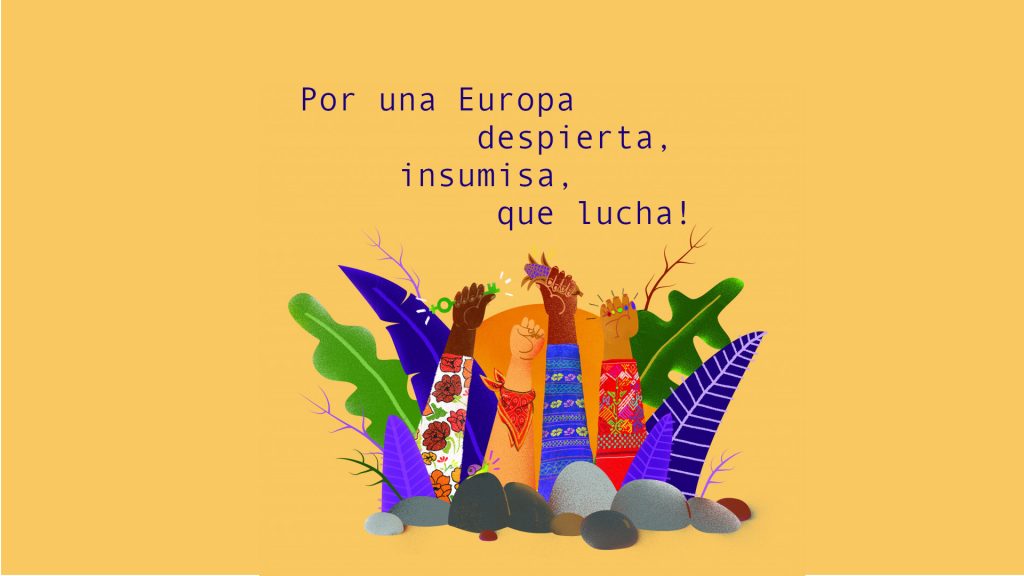 The group left Mexico in April this year, and it’s on its way to the continent, 500 years after the supposed conquest of what is today Mexico by Europeans. The year 2021 marks 20 years of the March of the Color of the Earth, which aimed at claiming the group’s place in a collapsing Nation. The Zapatistas set sail on their journey to tell the planet that there is room for everyone in the world that they hold in their collective heart – and that this world will only be possible if we unite in our struggles to build it together.

The Zapatistas, since their creation, demand work, land, housing, food, health, education, independence, freedom, democracy, justice, and peace. ASEED recognizes and supports the struggles of this group and hopes to be able to contribute with their Journey, along with all of you who might be interested in this movement, which just like the waves in the ocean, keeps growing!

The Zapatista Army for National Liberation is a political-military organization, composed in its majority by indigenous peoples from the Tzeltal, Tzotzil, Chol, Tojolabal, and Mam groups, whose existence was publicly known on the first of January 1994, after the uprising that took place in San Cristóbal de Las Casas and other locations in Mexico.

Its origins, however, date back to the 1980s, when a small guerilla group was formed (inspired by the FLN – Fuerzas de Liberación Nacional, which attempted to promote a similar experience in the 1960s in Chiapas) by mestizos[1] and indigenous peoples in the mountains of the Lacandona jungle, with the intention of supporting the armed struggle in the country. The first public document by the EZLN was “La Declaración de la Selva Lacandona”, in which the group declared war on the federal army, recognized as the basic pillar of the dictatorship.

Because of its origins,  standpoints, and form of organizing, the zapatistas offer valuable lessons to social justice advocates until this day. Starting with the creation of the group itself – which in its uprising stood against the legacy of colonialism and its backdrop – until other ways the group found to keep functioning and rebelling against globalization, liberalism and patriarchy, many examples can be taken from their history by any group or individual who strives to promote a collective shift from structures of inequality and (capitalist) power.

As Hilary Klein points out “the EZLN was one of the first popular movements to recognize neoliberalism as a dangerous new stage of global capitalism and called NAFTA[2] a death sentence for the Indigenous peasants of Mexico”. Chiapas, where the insurrection first took place,  is home to one of the largest Indigenous populations and one of the poorest states in Mexico, in spite of its richness in natural resources. Not only extremely high rates of malnutrition are seen in the region, but also maternal mortality, illiteracy and historical unequal land distribution.

Due to government indifference and lack of willingness to acknowledge peaceful movements for land reform during the 1960s and 1970s, Indigenous villagers decided the armed struggle would be the one and only path to have their voices heard. The guerrilla group was named after Emiliano Zapata, known by the people as a hero of the Mexican Revolution, and adopted his “tierra y libertad” (land and freedom) message. By empowering civil society and representing the “voice of the voiceless”, the movement challenged the status quo in the political scenario in Mexico, and contributed to ending decades of one-party rule in Mexico in 2000.

After the 1994 uprising, the impact of the movement could be seen at the local, national and international level as well, and changed the distribution of wealth in Chiapas after landless peasants had, finally, access to land. The structures of Indigenous autonomy seen in the Zapatista villages allowed the population to benefit from universal health care and educational systems in rural villages in Chiapas. The Zapatistas exercise self-determination through their local and regional governments and the investments made in the communities originate from economic cooperatives that organize the production of goods.

Women are seen as a fundamental part of the structure of the EZLN, which radically redefined gender roles in the context of their movement. Before the moviment, women in the rural villages of Chiapas experienced extreme levels of discrimination and violence – which is in great contrast to the roles such as of political leaders and guerilla insurgents, educators, healers, and cooperative members that these women exercise today. Not only did women started to have freedom of choice – over their roles in the communities or how many children they would like to have or which romantic partner they would like to engage with- but also freedom of movement and overall feeling of security. It was their demands that banned alcohol in Zapatista territories, which significantly reduced levels of domestic violence.

During the last months, several organizations throughout Europe established contact and united in order to receive the EZLN (Ejército Zapatista de Liberación Nacional) in their journey, “La Gira por La Vida”. Several working groups were created and there is a beautiful and extensive solidarity network with volunteers from all different backgrounds, social movements, identities, social classes, languages, and roots.

What unites this group of people together is a question with many possible answers – that complement each other and the individuals who carry these ideals with them. In their manifesto “A Declaration… For Life”, l@s compas summarize some of these aspects:

–       “That we make the pains of the earth our own: violence against women; persecution and contempt of those who are different in their affective, emotional, and sexual identity; annihilation of childhood; genocide against the native peoples; racism; militarism; exploitation; dispossession; the destruction of nature.

–       The understanding that a system is responsible for these pains. The executioner is an exploitative, patriarchal, pyramidal, racist, thievish and criminal system: capitalism.

–       The knowledge that it is not possible to reform this system, to educate it, to attenuate it, to soften it, to domesticate it, to humanize it.

–       The commitment to fight, everywhere and at all times – each and everyone on their own terrain – against this system until we destroy it completely. The survival of humanity depends on the destruction of capitalism. We do not surrender, we do not sell out, and we do not give up.

–       The conviction that there are many worlds that live and fight within the world. And that any pretense of homogeneity and hegemony threatens the essence of the human being: freedom. The equality of humanity lies in the respect for difference. In its diversity resides its likeness.

Three agreements were then made, based on the commonalities above:

–       Meetings, dialogues, exchanges of ideas and experiences, as well as analyses and evaluations will be carried out among those who are committed to the struggle for life.

–       Meetings and activities will take place on the five continents, taking place in Europe during the months of July, August, September and October 2021, and will count with the direct participation of a Mexican delegation integrated by the CNI-CIG, the Frente de Pueblos en Defensa del Agua y de la Tierra de Morelos, Puebla y Tlaxcala, and the EZLN.

You can contact La Gira Zapatista Va Paises de Abajo for more information about how to contribute to the organization of events and in other aspects of the Journey for Life through the email lagirazapatistavanl[at]protonmail.com or clara[at]aseed.net

You can support the fundraising campaign for receiving the Zapatista delegations in the Netherlands via this link.

For updates about their Journey, written by Zapatistas themselves, visit this website.